The frozen foods industry looks to capitalize on last year’s momentum with a continued focus on growing its customer base, while expanding category options for shoppers.

What else can be said about the stellar performance of frozen foods in 2020? Every single category saw unprecedented leaps in year-over-year (YOY) growth, driven by a population immersed in pandemic precautions, and consequently eating the majority of their meals at home.

Frozen foods offer the combination of convenience, variety, value and longevity that many other foods can’t match, and were perfectly suited to 2020’s homebound circumstances. Approximately 7% of consumers bought frozen foods for the first time in 2020, according to the American Frozen Food Institute’s (AFFI) most recent Power of Frozen report, which was compiled with market research firm IRI.

Other statistics from 2020 tell the story of an extraordinary year for the industry. These numbers come from AFFI’s Power of Frozen report, and from the National Frozen & Refrigerated Foods Association (NFRA), who compiled retail frozen food sales in 2020 with market research firm Nielsen:

The success of frozen foods in 2021 will depend on several factors, including whether people have made purchasing, cooking and consuming frozen foods a permanent at-home habit, and whether foodservice—which was essentially wiped out by COVID-19—makes a full comeback with on-premise dining.

From any perspective though, it looks like frozen foods are poised to continue growing in 2021, and while they likely won’t reach the sales peaks of 2020, anything close to double-digit YOY growth in 2021 will be viewed as a major success, particularly since YOY growth for frozen foods was stuck in the low single digits (or even negative growth) for years before 2020. 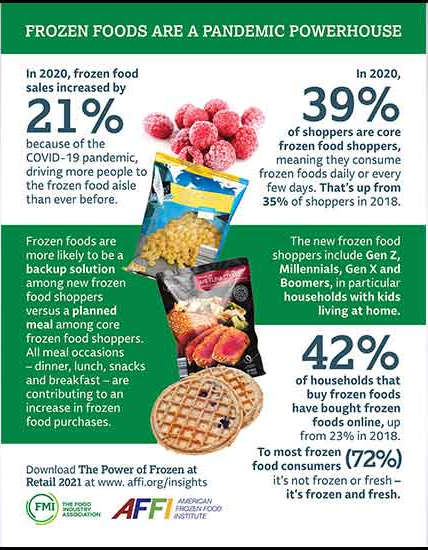 All meal occasions—dinner, lunch, snacks and breakfast—are contributing to an increase in frozen food purchases.

This report represents Refrigerated & Frozen Foods’ best efforts to reflect recent sales data based on annual reports, news releases, and statistics from our sister publications Dairy Foods and National Provisioner, and other business media sources. Because most companies do not separate frozen sales from their total sales, the figures are either company-wide or segmented by region (North American sales, for example).

If you work for a company on this list and know the approximate sales data of the frozen products your business produces, please contact me and I will update this page. 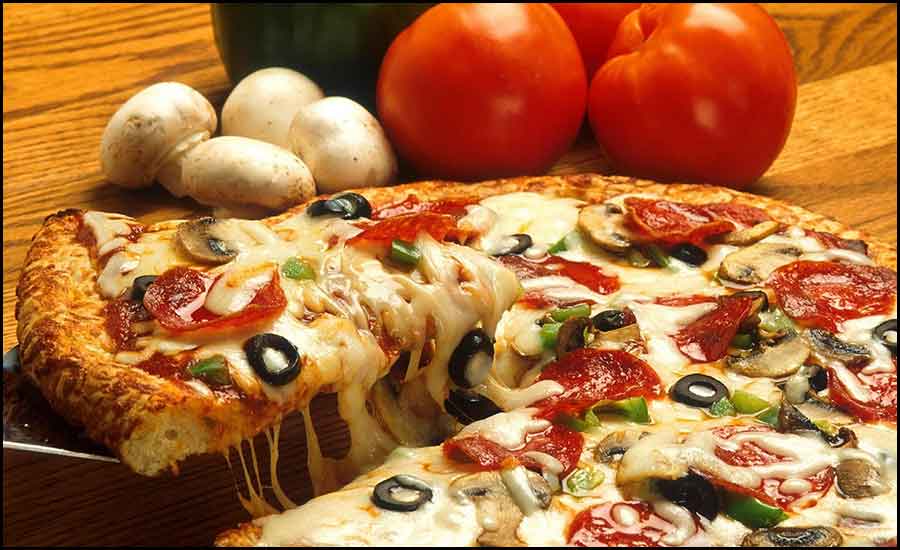 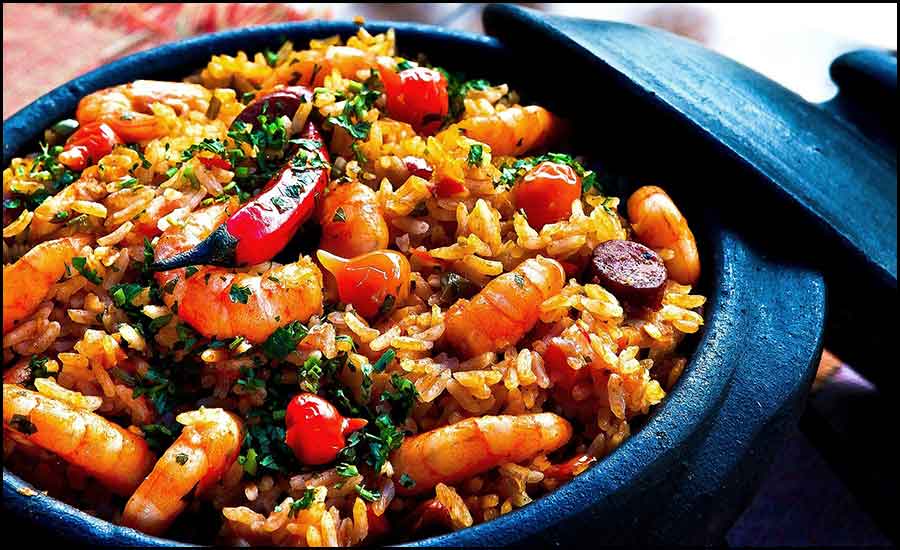 Frozen meals, like this spicy shrimp and rice bowl, accounted for 15.7% of all frozen food sales in 2020. 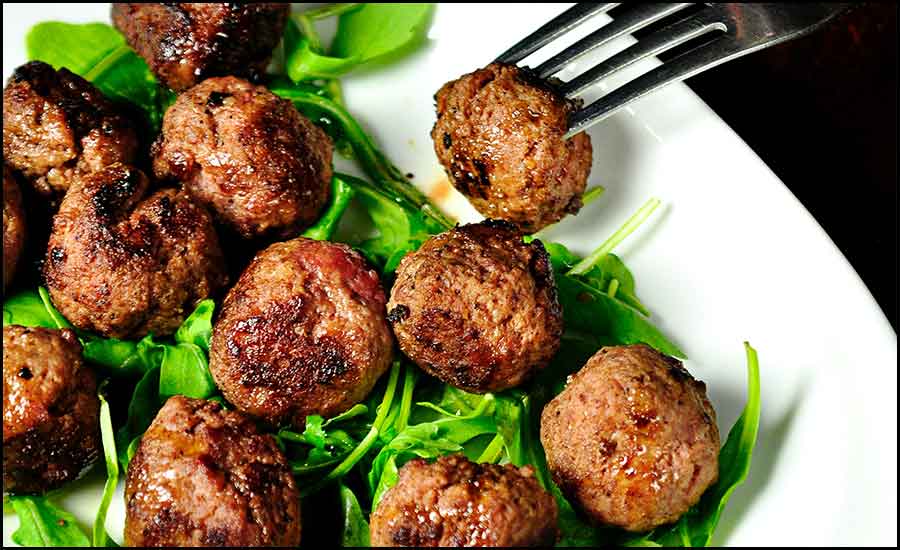 Appetizers, snacks and side dishes took a giant leap in sales last year, due to the increased demand for convenient comfort food during the pandemic. The AFFI/IRI Power of Frozen report shows $2.9 billion in frozen appetizer/snack sales last year, a gain of $532 million over 2019, with dollar growth at +22.1%. Side dishes sold $1.4 billion—an increase of $50 million over 2019—with +3.8% dollar growth.

Diving deeper, frozen potato products generated $2.3 billion across all categories, an increase of 26.5% over 2019, according to NFRA/Nielsen retail stats. Frozen sandwiches sold $2 billion, which is a YOY increase of 16%, and frozen breakfast sandwiches sold $1.5 billion, a gain of 20.1% compared to 2019. 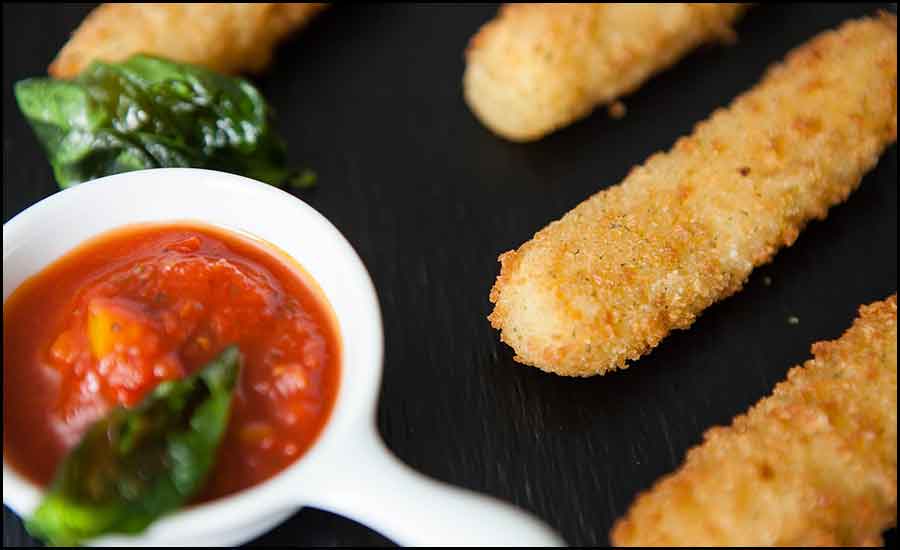 Cheese sticks, like these breaded mozzarella appetizers, sold $289 million in 2020, a 36% increase over 2019, according to NFRA/Nielsen statistics. 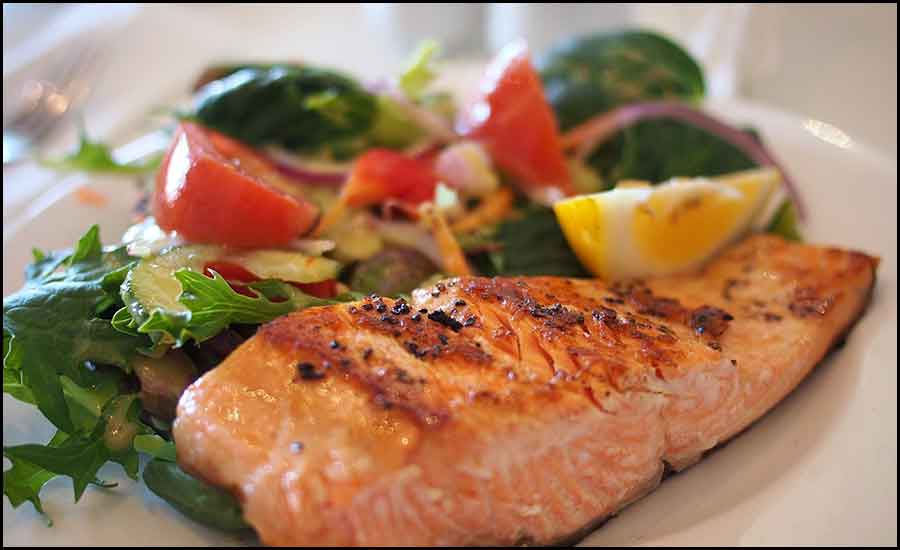 Frozen seafood—like this salmon filet—had the highest year-over-year dollar growth of any frozen product in 2020, at +35.3%, according to the AFFI/IRI Power of Frozen report.

Meat Sales Soared in 2020, as Processors Tried to Keep Up with Demand

First, the good news: the top two foods among all frozen categories in terms of YOY dollar growth were seafood (+35.3%) and poultry (+34%), at $6.8 billion, and $6 billion in sales, respectively, according to the AFFI/IRI Power of Frozen report. All frozen meats combined accounted for $16.1 billion, compared to $10.7 billion in 2019.

Now, the not so good news: in order to keep up with record demand, some meat processors were lax in monitoring the health of their employees during the peak of the pandemic, leading to plant shutdowns, hiccups in the supply chain, and in one highly publicized case, the dismissal of management at one factory for wagering how many frontline workers would contract COVID-19. No doubt these stories are giving companies that process plant- and cell-based meats plenty of PR fuel as they try to gain market share.

Speaking of alternative proteins, the AFFI/IRI report details which generations are most interested in plant-based meats: younger millennials top the demographics at 56% among their generational peers, followed by older millennials (53%), Gen Z (50%), Gen X (45%) and baby boomers (22%). 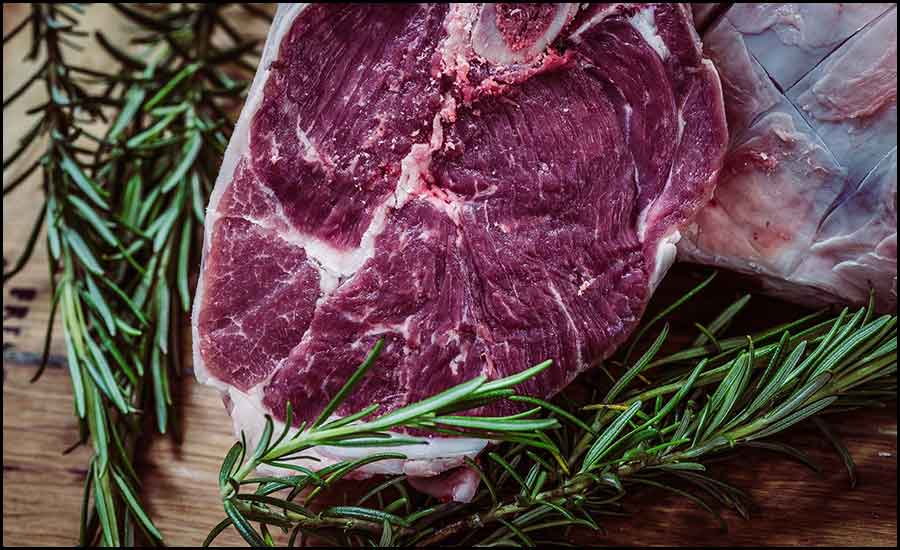 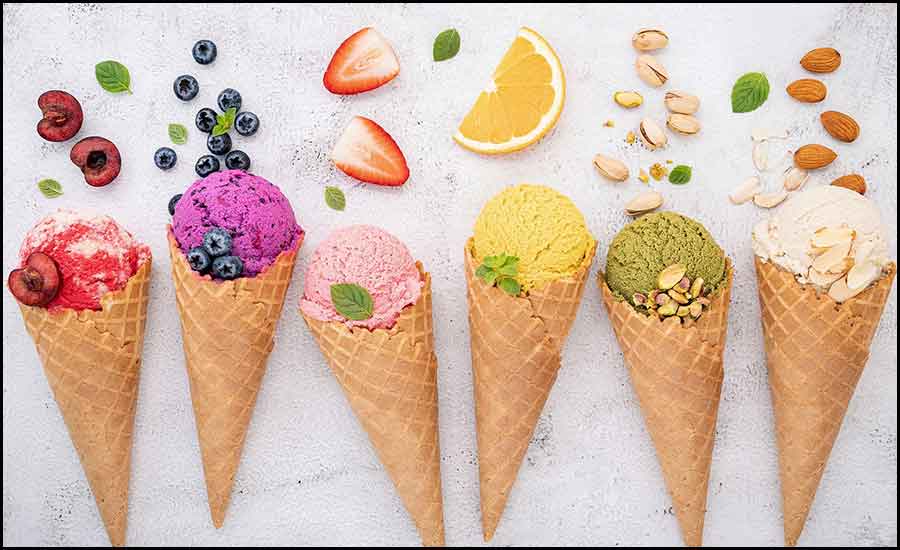 Ice Cream and Frozen Novelties Combine for $14.4 Billion in 2020

Ice cream and frozen novelties once again ruled the frozen dairy aisle in 2020, reaching unprecedented sales heights due to the pandemic and strong demand for comfort food by consumers. According to the AFFI/IRI report, ice cream sales were $7.9 billion—up $1 billion from 2019—with dollar growth of +15.2%. Frozen novelties sold $6.5 billion, an increase of $918 million, with dollar growth of +15.2%. The $14.4 billion in combined sales exceeds 2019’s total of $11.3 billion.

Nestlé—at or near the top of this list for several years—has been replaced by the company that purchased all of Nestlé USA’s ice cream brands, Froneri. That $4 billion transaction became official in January, 2020, and now Froneri produces ice cream and novelties for the Haagen-Dazs, Dreyer’s, Drumstick, Edy’s, Skinny Cow, and Outshine brands in the U.S. market, while General Mills still has the overseas rights to Haagen-Dazs. 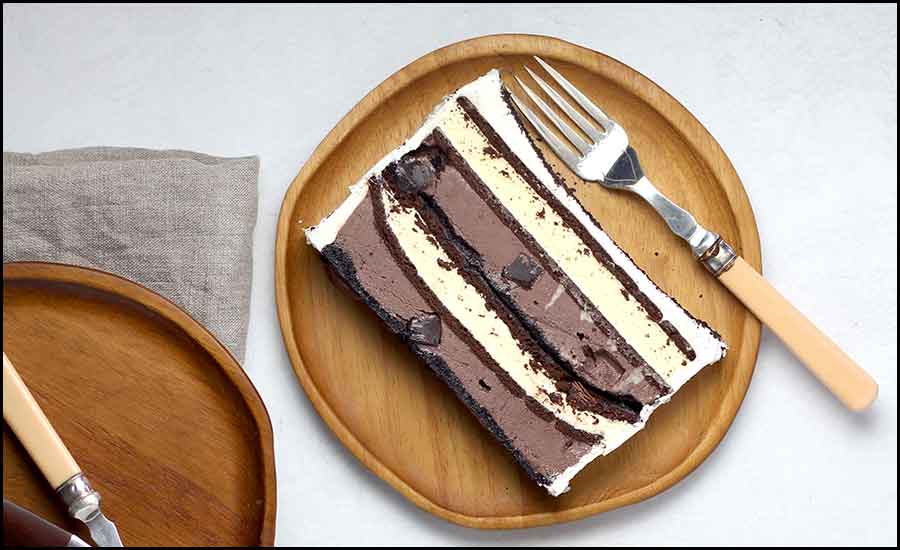 Ice cream cakes sold $283 million in 2020, according to NFRA/Nielsen statistics.

We won’t know the full extent of Froneri’s ice cream revenues from the Nestlé transaction until Froneri releases their 2020 annual report, which usually comes out at the end of June. Currently, Froneri is the world’s second largest ice cream producer, after Unilever. 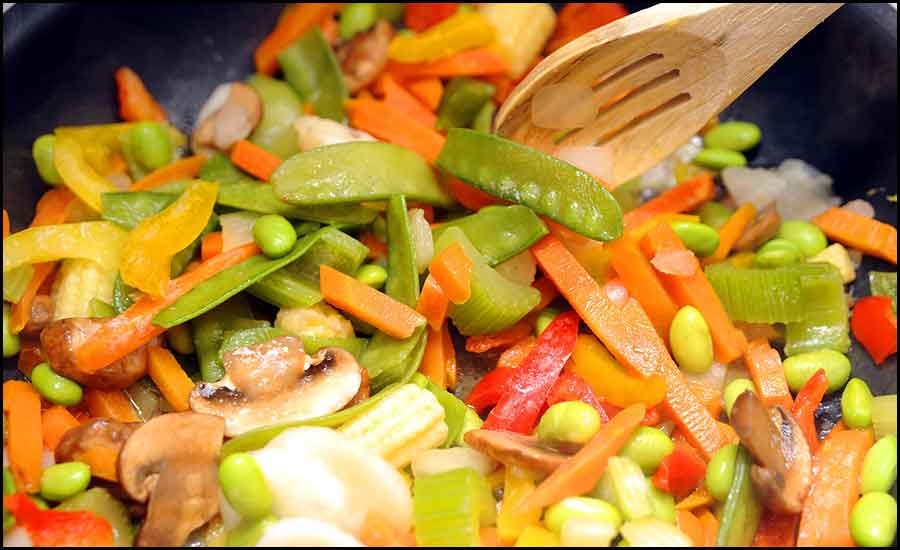 According to the AFFI/IRI report, frozen vegetables sold $3 billion last year, an increase of $403 million, with dollar growth at +15.3%. Frozen fruit saw even higher YOY gains, selling $1.5 billion—an increase of $332 million over 2019—with dollar growth at a robust +29.7%. Combined with frozen potatoes and onions, this segment accounted for 10.2% of all frozen food purchases in 2020. 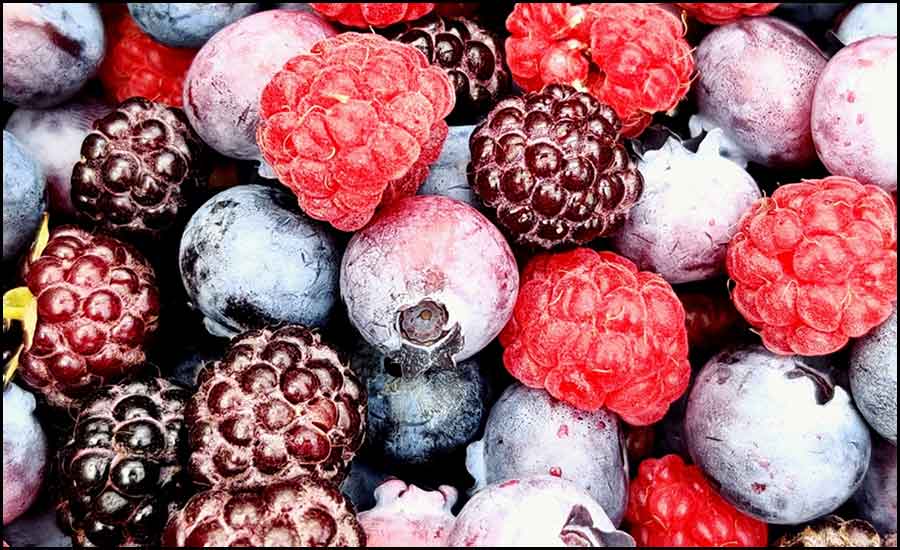 Frozen berries accounted for approximately $942.8 million in 2020 sales, according to NFRA/Nielsen statistics.
Blueberries led the way with $327 million in sales, followed by strawberries at $275 million, and mixed berries at $259 million. 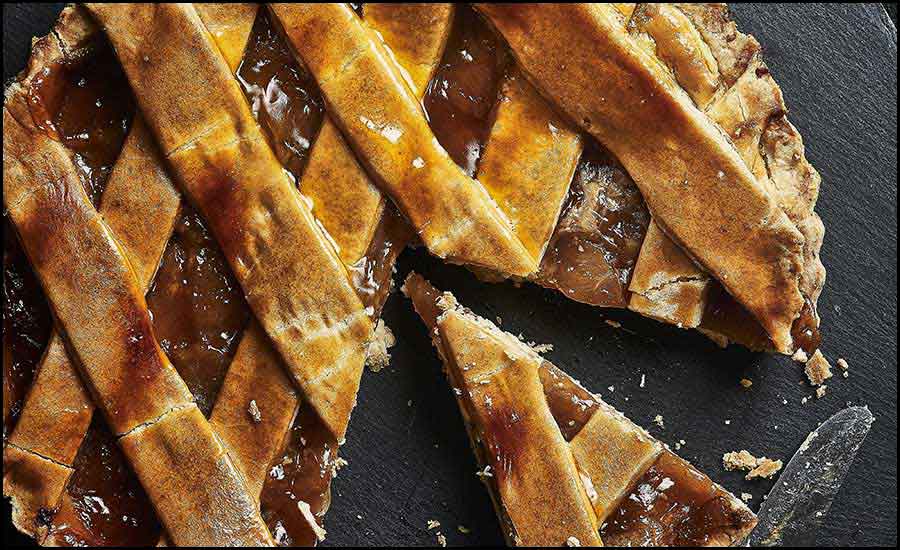 At the peak of pandemic purchasing last March, one of the curiosities as consumers stockpiled comfort foods was the astronomical sales of frozen cookie dough, which at the time was seeing a 570.4% YOY increase, according to IRI. By the end of 2020, NFRA/Nielsen stats show frozen cookie dough had sold $17 million, a YOY gain of 149.4%. That $17 million figure was comprised mostly of chocolate chip cookie dough, which sold $13.5 million—a YOY increase of 191%. This is perhaps the best example to quantify just how far from normal the pandemic drove frozen food sales in 2020. 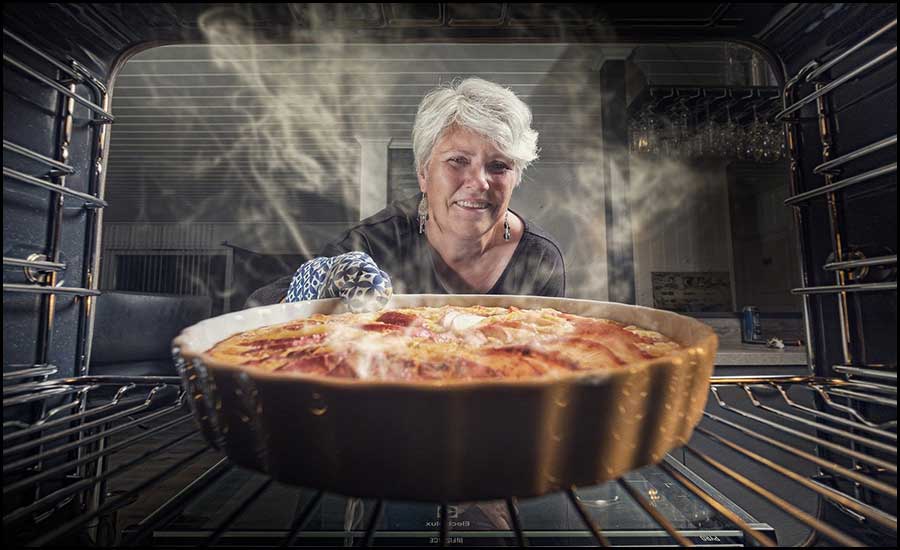 *Not all plants produce frozen meats. **2020 FY not available at press time or company declined to confirm figures.