private label share today in CPG food is nearly identical to what it was in 1980.
No Comments
Private label has traditionally responded much like the ebb and flow of the tides. Its strengths vary with economic conditions, and it benefits when the economy is in a recession and suffers during periods of economic growth.
Read More 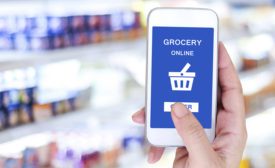 • Despite the increase in shopper marketing and digital spending, neither retailers nor shoppers are feeling the impact.
No Comments
Dramatic changes have taken place in spending allocation within the consumer packaged goods (CPG) markets, but the retailer and shopper impact is lagging, according to the 2017 Marketing Spending Industry Study, “Blinded by the Light,” released by Cadent Consulting Group, Wilton, Conn.
Read More
Subscribe For Free!
More Videos