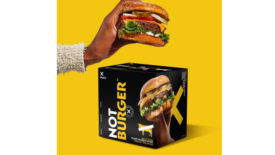 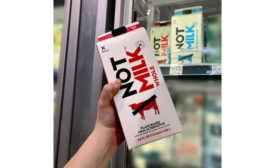 Plant-Based NotMilk Aims for Retail Distribution in 8,000 Stores by the end of 2021

Following its launch in Whole Foods Market nationally, NotMlk is now available at Sprouts, Wegmans, D’Agostino’s, Kings/Balducci’s, Harmons, New Seasons, Earth Fare, Bristol Farms, Rouses, Weis, Gelsons and more including the uptrend Imperfect Foods and vegan ecommerce site Vejii. The brand has expanded rapidly in the U.S. since its initial launch less than a year ago, signaling significant retailer and consumer appetite for a sustainable, plant-based milk that tastes like cow’s milk. NotMilk is currently available in 3,000 stores nationwide, and is aiming for distribution to 8,000 outlets by the end of 2021. 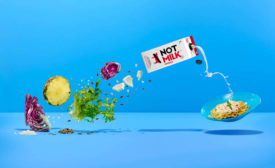 Plant-Based NotMilk Debuts in the U.S. at Whole Foods

Over the past two years the plant-based food industry has experienced unchartered growth – 29% compared to 2.2% in general food retail [1] – and plant-based products have become a staple in consumers’ daily routines. NotCo, a leading food-tech company in Latin America and backed by key venture capital names, including Bezos Expeditions, announced its debut in the United States with the launch of NotMilk in Whole Foods Market stores nationwide.