Online store Amazon.com and parcel carriers UPS and DHL aren’t the only companies using drones to distribute parcels to consumers. 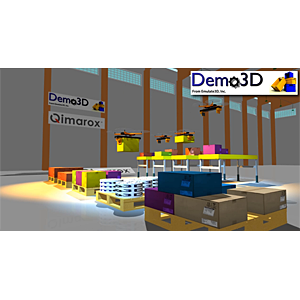 That's because Germany-based Qimarox launched an investigation into the use of drones for palletizing product. Because of certain limitations with capacity and ergonomics, using live humans to stack goods on pallets is no longer an option for most manufacturers of fast-moving consumer goods.

Drones can fully automate the palletizing process, while retaining flexibility and scalability. Palletizing with drones can be redesigned at any time without having to move or adjust machines. All that is needed is to change the coordinates in the software that controls the drones.

Another advantage is that capacity can easily be increased or decreased by simply switching more drones on or off. It is even possible to use a single drone to operate multiple end-of-line packaging lines.