AvaLAN Wireless, Madison, Ala., announced the development of its new repeater node technology, which is a ‘mesh-like’ system that provides both redundancy and 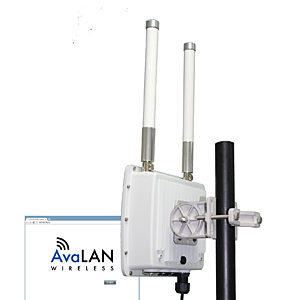