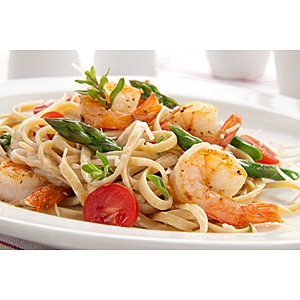 resulted in the sale of its operating businesses and the payment of Contessa’s creditors in full.

On Dec. 21, 2012, the United States Bankruptcy Court for the Central District of California entered a final decree, relieving Contessa of its bankruptcy orders that president and CEO, John Z. Blazevich, placed on Jan. 26, 2011. With his primary focus on protecting Contessa’s creditors, Blazevich oversaw an extensive marketing effort that culminated in a spirited auction of Contessa’s businesses. The results were positive. On July 15, 2011, Contessa closed on the sale of its business to the high bidder, a portfolio company of Sun Capital Partners, in a transaction valued at over $50 million. The buyer continued to operate the businesses as Contessa Premium Foods, Inc. Contessa was renamed Contessa Liquidating Co., Inc., and Blazevich shifted focus to ensure that Contessa’s creditors were paid in full.

“I created a company from nothing, and within 27 years, I generated nearly $4 billion in aggregate sales. I also built the world’s first ‘green’ LEED-certified frozen food manufacturing plant, reducing daily energy use and CO2 emissions by 65% (relative to 1990 Kyoto Protocol baseline standards),” Blazevich says. “As president, CEO and founder, it was my risk, my reward and ultimately my decision to place Contessa into bankruptcy protection. I am very proud to say that my creditors have been paid in full.”

Blazevich is also the president and CEO of ViVA! Food Group, a direct manufacturer and supplier of farm-raised shrimp from Southeast Asia.

“My shrimp operations in Southeast Asia were separate entities. They are still thriving today and continue to produce quality farm-raised shrimp products for customers who want to eliminate the middle man and buy directly from the source. After 30 years, I am still in the game, and I look forward to continuing my extensive relationships in the industry through my new company, ViVA! Food Group,” Blazevich adds.