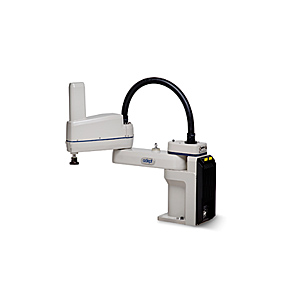 The robots will interface directly with customer's existing PLC controllers, allowing operators to quickly, easily and inexpensively deploy the robots without the need to learn a new programming language. These robots are programmed in ladder logic to create libraries of code that are easily re-deployable.

Adept plans to initially introduce the Cobra ePLC robot line with the Cobra ePLC600 and Cobra ePLC800 models followed by ePLC Quattro and Viper models. Cobra SCARA robots are ideal applications that require fast and precise automation, while the Python linear modules are robust modules for gantry or cantilever configurations. The Quattro robot is said to be the only parallel robot (or "delta robot") in the world that features a patented 4-arm design, advanced control algorithms and large work envelope. The Viper line consists of high-performance articulated robots designed specifically for assembly applications.

PLC on a Chip

PLC on a Chip now IoT-enabled