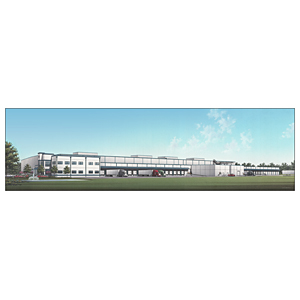 expansion at its Lake City, Fla., warehouse, located between Jacksonville and Tallahassee.

Officials say a Phase 2 addition—completed in mid-2013—includes a new racked storage room (with convertible refrigerated temperature controls) as well as a large freezer with two smaller blast freezing rooms. Each zone can hold 24 pallets of product. Blast freezers can generate temperatures of -50°F with forced air circulation to quickly cool bulk loads of meat, poultry, bakery foods or other items.

“Since opening the doors at our Lake City distribution center, we have built a strong, multi-vendor less-than-truckload (LTL) consolidation program for deliveries throughout the Southeast,” says George Cruz, vice president and area manager, Southern region. “As a result of our success, we reached capacity at our distribution center and built this addition to continue servicing our customers’ growing demands in the area.”

“Situated at the crossroads of I-70 and I-10 (major north-south and east-west highways), this location is ideal to support supply chain distribution in our industry,” Cruz adds. “Coupled with that, our new blast freezers were in immediate high demand from local production facilities, and these freezers have been operating at capacity since day one.”