This website requires certain cookies to work and uses other cookies to help you have the best experience. By visiting this website, certain cookies have already been set, which you may delete and block. By closing this message or continuing to use our site, you agree to the use of cookies. Visit our updated privacy and cookie policy to learn more.
Home » Effective Staffing: Leveraging Job Performance, Instinctive Talents and Personality Traits to Grow Your Business
Industry News

Employees are a company’s greatest asset, so hiring the right ones with the right talents and skills for the right position is vital to ensuring that they thrive and 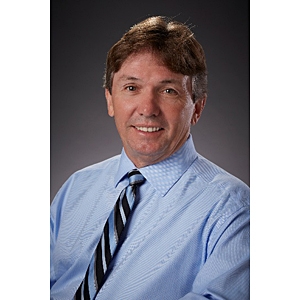 In an ideal world, hiring the right people for the right job where both employer and employee are equally suited would be a simple task; employees would wake up looking forward to going to work, making the most of their talent and feeling professionally and personally fulfilled, which in turn would lead to booming productivity and bottom line success for the company. Unfortunately, that’s not usually the case.

Poor hiring decisions
Surveys reveal that 70% of American workers are “actively disengaged” and 50% of the respondents of another survey say they “hate their job.” Surveys also reveal that 69% of companies report being negatively impacted by bad hiring and as much as 80% of employee turnover is due to bad hiring decisions. One-third of these 1,400 CEOs surveyed noted that the top factor in failed hiring is a poor skills match. It has been said that the wrong people in the wrong positions making wrong decisions is the No. 1 reason companies fail.

The impacts of poor hiring affect both employees and companies alike; employees experience low morale and high stress, which often negatively impacts their personal lives, professional reputation and potential for future success, while employers can lose up to nine months of time, resources and productivity, including several additional months searching for a new hire and a probationary period to ensure they work out. Nationwide, companies can incur up to $483 billion in costs associated with poor hiring. That’s more than six times the 2012 Food Stamp (SNAP) Program ($74.6B) and nearly the cost of the entire U.S. Interstate Highway System ($487B).

Shepard Bros., Inc., a La Habra, Calif.-based provider of chemical products, services and solutions, was not exempt from these hiring challenges. Unhappy with the turnover rate we were experiencing, we sought answers in practical, meaningful solutions by asking some tough questions: Why were so many people unhappy and leaving? What were the factors contributing to the turnover? How were we consistently ending up with the wrong people in the wrong roles? And most importantly, how could we rectify the problem?

Rectifying poor hiring
First, we identified why people ended up in the wrong job. It is not enough to simply have a “warm body” filling the position; it is imperative that positions are filled with people that maintain the proper skill sets and talents to consistently meet the demands of the job in a way that is rewarding to both employee and employer. A correct job fit demands that employers identify what they’re looking for before seeking candidates, which requires benchmarking the specific job—not the person—in order to objectively determine the right fit. Benchmarking entails understanding why the job exists, what its key accountabilities and success factors are and clearly defining the performance, skill and education requirements for that position.

This process also involves noting top performers and what qualities set them apart. What drives them to succeed? What are their key competencies and assets? Top performers are a company’s future as they distinguish companies from their competition.

Once these benchmarks have been clearly established, employers can confidently move on to the hiring process with a clear and well-defined concept of the talents, skills and qualities to look for in candidates. Employers must adequately assess a candidate during the early stages of the interview process to ensure that this seemingly “perfect” candidate is indeed properly suited to the vacant position and that they are not accepting the wrong job for the wrong reasons, such as financial stability. After hiring the right person, employers should advance them only as their capabilities and skills allow, ensuring that employees are well matched to their role every step of the way.

It is also important to be aware of generational difference that can impact an employee’s perspective and performance. Effective hiring managers should understand the generational makeup of the organization and potential candidates as to avoid “generational myopia,” the mistake of applying one’s own generational values and attitudes to someone of a different generation.

For example, many of our parents are from a generation of traditionalists who believed in hard work and company loyalty. Baby Boomers, who are now starting to exit workplace, are dedicated, hard-working team players and tend to be very inflexible to company changes. Post-Baby Boomer generations are greatly influenced by rapidly changing technology, flexible work environments and globalization, leading them to seek greater work-life balance and flexibility. There is also far less fear about finding another job than in previous generations. Younger generations tend to change jobs 10-15 times between the ages of 18-46, making them more loyal to their own individual skill set and less loyal to an organization.

The most significant mistake companies can make in the hiring process is relying on a single method to determine if a person is the right fit for the role. Given these factors, Shepard Bros. developed a unique, 5-step, multi-faceted approach to ensure that the most qualified and best-suited candidates are hired.

Step 1: Initial interview/intake screening
The first interview provides companies and candidates the opportunity to become acquainted with each other. This initial interview should be a 2-way conversation where questions lead to real answers and practical, useful information. “What’s your favorite part of your current job?” “What one aspect of your current job would you eliminate if you could?” The answers won’t immediately illustrate who the right person is, but rather who to avoid; if the candidate would eliminate a key aspect of the position they are interviewing for, they will not be a good match.

Step 2: Technical skills interview
Done in conjunction with the initial interview, a technical skill set test assesses the candidate’s abilities relative to the position. This step takes into account the individual’s skills from job experience, history and schooling and weighs them against the position benchmark. This information, used with the subsequent personality assessment and selection interview, helps to decide if we want someone with great experience that may not quite be the right fit, or if we would rather hire someone that may be a great fit but will require additional training.

The MBTI test measures psychological preferences on how people perceive the world and make decisions, while the DISC assesses the behavior of individuals within certain situations. However, when we realized that we also needed a tool to help identify the best sales hires for our organization, we began using the Asher Craft Personality Questionnaire for Sales, which measures for drivers, motivators, thinkers and supporters.

Eventually, the Caliper Profile Assessment became our test of choice because of its ability to measure more than 25 personality traits that relate to job performance. It is a validated test method that helps to accurately predict a job match and provides information on the individual’s strengths, limitations, motivation and potential. This test is useful not only in hiring new employees but also in evaluating existing employees for promotions and in succession planning. It asks pointed questions that target a person’s core makeup, indicating whether someone is sensitive rather than aggressive but not quite a pushover, or whether they are more aggressive rather than self-disciplined.

Since Shepard Bros. implemented Caliper in late 2010, we have conducted more than 80 tests and are very happy with the positive impact and outcomes they’ve had on our company productivity and success. Of the 80 tests, 33 people were hired. Thirteen of those 33 were considered for a promotion and seven were promoted. Overall, Caliper implementation significantly reduced turnover—due to poor performance or an inability to meet position responsibilities—because we’re getting more of the right people into the right roles, which has also helped to dramatically decrease our costs to replace those leaving.

Step 4: Selection interview
After this testing process, we dig deeper into a candidate’s attributes such as their values, character and trustworthiness. Shepard Bros. believes that a successful company is defined by its employees and therefore, integrity is a non-negotiable “must.” Skills can be learned, but an attitude is inherent and cannot be “taught.” During this process, we ask candidates how they handled an adverse experience to look for transferrable skills rather than direct experience. Most importantly, we look to determine a candidate’s potential to be aligned with our company’s values.

Step 5: Offer and close
After leadership has interviewed the candidate, we get together and collectively discuss our findings. Asking questions such as, “Is this candidate a good match for the position and the company?” “What is the candidate’s potential for success in this position?” During this process, anyone can “pull the plug” on a potential hire if they feel the candidate is not right for the job. Ultimately, hiring decisions should be based upon the information and data that was presented rather than by “gut feeling,” unless of course those instincts are telling you not to hire someone.

Once multiple reliable methods have been utilized and the right person is hired, employers need to ensure that their top performers are engaged, know they are valued and feel that they are part of a winning team. By finding a well-balanced middle ground, between skills and talents, personality and experience, both the employee and the company will thrive and find success.