Norfolk Southern Corp., Norfolk, Va., unveiled what is said to be the first emissions-friendly locomotives funded by the federal Congestion Mitigation and Air Quality 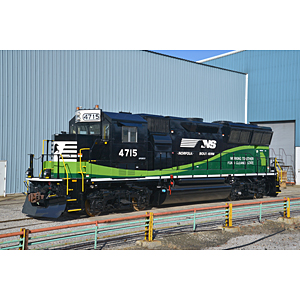 The first two GP33ECO switching locomotives—of a total 25 partially funded by CMAQ for production by Norfolk Southern—sport a distinctive paint scheme that reflects the company’s environmentally friendly mission. After in-service testing in the Altoona, Pa., area, they will be permanently assigned to their respective grant award areas of Chicago and Atlanta.

Funding for the locomotive to be used in Georgia (on Norfolk Southern’s Atlanta Terminal) was awarded by the Georgia Department of Natural Resources Environmental Protection Division.

Trends and Opportunities in the US Packaging Industry...