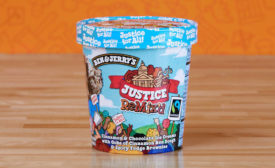 Ben & Jerry's is doubling down on its fight against systemic racism by bringing back Justice ReMix'd, a flavor and campaign designed to inspire radical change. This time the spicy combination of cinnamon and chocolate ice creams, gobs of cinnamon bun dough, and fudge brownies is being deployed with a new, urgent message to young people: use your power and vote. 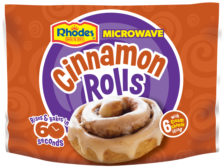