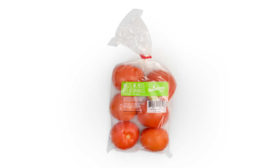 A new loss-conscious program focuses on selling Nature Fresh Farms imperfect produce to reduce food waste. The Waste Me Nots program was recently created to leverage Nature Fresh Farms Tomatoes, Peppers, and Cucumbers that do not meet the criteria of their Quality Control team. 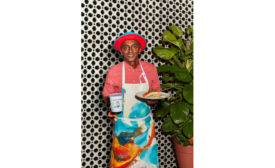 Two Good Yogurt has teamed up with James Beard Award-winning Chef Marcus Samuelsson and Full Harvest for Earth Week to kick off a movement that highlights the critical role that food waste plays in our collective relationship with the climate and our stewardship of the planet. The partnership invites restaurants across the country to use rescued produce in their kitchens - a response to the reality that food waste is one of the single greatest contributors to climate change. 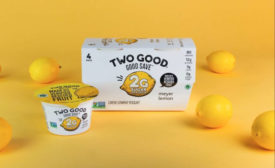 Danone North America's Two Good Yogurt is tackling food waste with the introduction of its Good Save product line, wrapping a year of commitment to positive impact for people and the planet for the brand. In partnership with Full Harvest, Two Good 'Good Save' uses Verified Rescued Produce to create lower sugar yogurt products with the goal of reducing food waste at the farm level. The product line is setting the standard for the emerging rescued foods market and is the first dairy product to utilize 100% Verified Rescued Produce. The initial offering features Meyer Lemons that are 100% verified rescued, with plans to launch additional flavors in 2021 and beyond. 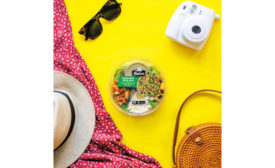 Bonduelle Fresh Americas, home of Ready Pac Foods, announced that it has joined Walmart in the groundbreaking "10x20x30" initiative to root out food loss and waste from the supply chain. 10x20x30 is led by Walmart and more than 10 of the world's biggest food retailers and providers, each having committed to engage at least 20 suppliers in a "whole supply chain" approach to cutting food loss and waste in half by 2030. Bonduelle Fresh Americas supplies Walmart with Ready Pac Foods Bistro Bowl Salads and salad kits. 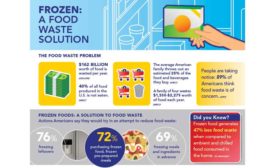 The environmental benefits of a streamlined and efficient frozen food industry.
Michael Costa
No Comments

Editor-in-Chief Michael Costa sits down with Alison Bodor, president and CEO of the American Frozen Food Institute (AFFI) to discuss how frozen foods can play a key role in fighting global food waste. 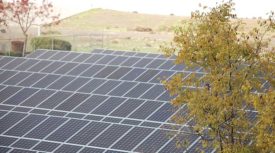 What today's food processors and others along the cold chain are doing to conserve energy and reduce waste.
Michael Costa
No Comments

See what best practices companies like Hormel, KanPak, and A M King have implemented to improve sustainability and achieve real results.

IIR Highlights The Role of Refrigeration in Worldwide Nutrition

The 6th IIR guide on The Role of Refrigeration in Worldwide Nutrition draws on the latest figures, findings from reputable organizations such as the FAO, the United Nations and the Global Cold Chain Alliance to demonstrate the essential role that efficient cold chains can play in improving global food security. 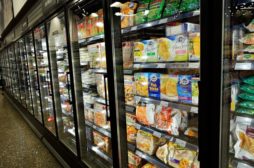 Over one billion tons of food is wasted every year. The Food and Agriculture Organization also estimates that in developing countries, up to 40% of total food produced can be lost before it even reaches market. As such, implementing methods of safely storing and transporting food is crucial for being able to continue to feed the planet. 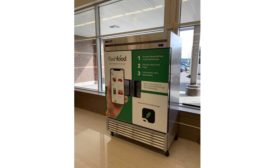 The app, produced by Flashfood, Canada, allows customers to purchase close-dated fresh food items, including meat, produce, seafood, deli and bakery products at up to 50% off.
No Comments
Meijer, Grand Rapids, Mich., is testing an app at a handful of its Metro Detroit supercenters that allows customers to purchase food nearing its best-buy date at a reduced price.
Read More

With the exception of stabilizing the stratospheric ozone layer, since 1992, “humanity has failed to make sufficient progress in generally solving these foreseen environmental challenges, and alarmingly, most of them are getting far worse,” the study says.
No Comments
Twenty-five years ago, the Union of Concerned Scientists, Cambridge, Mass., and more than 1,700 independent scientists penned the 1992 “World Scientists’ Warning to Humanity,” which called on humankind to curtail environmental destruction and cautioned that “a great change in our stewardship of the Earth and the life on it is required if vast human misery is to be avoided.”
Read More
More Articles Tagged with 'food waste'
Subscribe For Free!
More Videos