This website requires certain cookies to work and uses other cookies to help you have the best experience. By visiting this website, certain cookies have already been set, which you may delete and block. By closing this message or continuing to use our site, you agree to the use of cookies. Visit our updated privacy and cookie policy to learn more.
Home » How Insulation Plays a Role in Improving Your Supply Chain
Supply Chain & LogisticsExpert Columns

How Insulation Plays a Role in Improving Your Supply Chain

The supply chain for perishable products can be complex and expensive. How does insulation play a role, and is it being overlooked as part of improving the 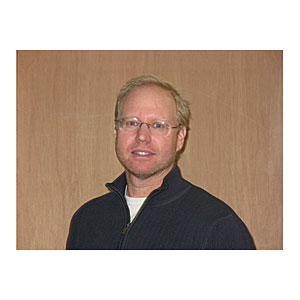 Tip No. 1:  Protect your insulation from moisture and fix the holes.

As with many other materials, the performance of insulation changes over time and is affected by the environment that it is exposed to. Generally, insulation relies on the trapping of gasses within a network of solid cells. As heat travels through the materials, both gasses and the solid material that makes up the insulator transfer heat. Over time, the gasses change and exchange with air and water vapor, which transfers heat more readily than the initial gasses found just after the materials are manufactured. Sometimes drying takes place, which removes some of the water vapor, but much of the time water remains when it finds its way into these materials. And, unless there is damage to the insulation material, this entrainment of water becomes the largest degradation factor for insulation. You may end up with walls made of water, thus making and thawing ice.

Tip No. 2:  BTUs aren’t free. Money will be spent up front or in operational costs.

Our less than scientific studies indicate that the option most implemented to combat ineffective insulation is the addition of mechanical refrigeration capacity. Though simply throwing additional BTUs at the problem is relatively easy to understand, it is highly inefficient. However absurd, you could just have a big refrigeration unit in close proximity to your payload, completely exposed to the elements. Over the years, this is essentially what has happened, as insulation has become less effective (HCFCs being phased out) in combination with lower density materials and thinner wall sections.

For some refrigerated tractor trailers, 1- to 2-inch wall sections and 2-pound density polyurethane (PUR) insulations have become standard. In the end, the cost of reduced insulation effectiveness will be borne by higher refrigeration unit, maintenance and operational expenses. How much does it cost to run the refrigeration unit ($3-$4 an hour) and just as important, to maintain the unit ($1-$2 per hour)? And, in straight truck operations where doors are opened frequently, nothing will give as large of a payback as operator training.

Leaving doors open will negate any savings from better equipment. Provide incentives for employees to be conscientious, or put up a camera and play big brother—whatever you choose, keep the doors shut!

Standard pallets and payloads demand minimum internal dimensions, both width and height.  Combine this with fixed external dimensions and there simply aren’t options for the thickness of insulation materials. If you do have the option to generate income from backhauling dry loads, do it. Nothing will make as much of a difference to your operating income than this. The tradeoff with reduced insulation thickness is worth the extra savings of having a load pay for the backhaul expenses.

For example, every 10% increase in backhaul utilization adds about $0.20 per mile revenue that is not being generated when empty. The larger question is whether the decrease in insulation thickness will impact the performance so much that the refrigerated loads just aren’t viable.

PUR is the leading insulation material used today. Its performance can be improved by first keeping it sealed in an air- and water-tight membrane, and second, by increasing its density (though it will weigh more). Polystyrene (PS) is also used, but in most cases, its performance is two to three times worse than the PUR it replaces. Other options are just becoming available, but manufacturers and end users are slow to adopt new technologies, especially when they compete against and eventually replace years of entrenched production capacity.

The bottom line is to look hard at your operating costs and options for additional revenue in case small changes can be made. Then ask the manufacturers of your equipment and others in your industry for solutions. Brainstorm for options that may not be currently offered. And, consider the smaller startup that offers a change to the status quo.

Robert Mendenhall, founder of American Aerogel Corp., Rochester, N.Y., commercialized a new type of insulation material that is replacing PUR and PS in the shipping of temperature-sensitive payloads.