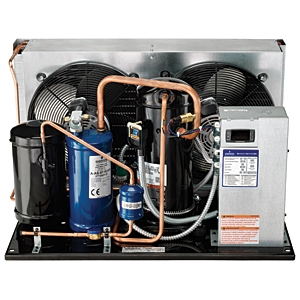 deliver an improved energy efficiency rating (EER) of up to 15% when compared to standard reciprocating condensing units.

The FFAP Series utilizes the new Copeland Scroll ZSKA refrigeration compressor (1.5 to 5 hp) and is compatible with a variety of refrigerants, including R-404A, R-134a, R-407C and R-22. It also has a wide operating range (from -30°F to 45°F evaporator temperature), which allows it to be used with applications ranging from convenience stores to other retail establishments and enables fewer SKUs to be stocked and serviced.