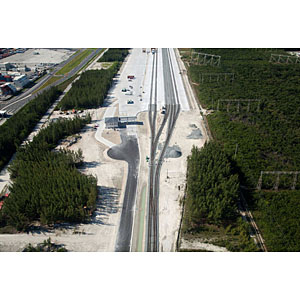 The 43-acre facility increases FEC's available intermodal capacity from 100,000 to 450,000 lifts a year, and the unique, near-dock facility will improve the transfer of both domestic and international containers between ships and rail. Currently such containers must be drayed off-port to rail terminals such as Andrews Avenue rail yard in Fort Lauderdale or to Hialeah rail yard in Miami-Dade County.

The new ICTF will facilitate faster delivery times and create less congested roadways by eliminating a high volume of trucks from state highways.