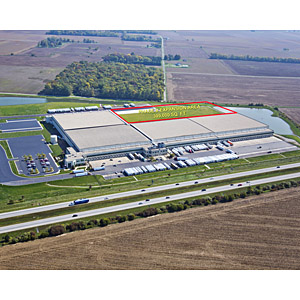 in Franklin, Ind. The 309,000-square-foot expansion will be the largest expansion at one time that this facility has ever seen.

“This is an exciting time at Interstate Warehousing,” says John Tippmann, Jr., president. “We are so thankful for the great customer base we have at this building, and the management and staff in Franklin have done an amazing job providing excellent customer service, which has given us the opportunity to continue to grow.”

The IWI Franklin warehouse was originally built in 2005, and has seen three previous expansions, in 2008, 2010 and 2012. Earlier this year, this facility earned an SQF Level 2 Certification.