There’s been an awful lot of worry and hand wringing recently about bispehnol-A, more commonly known as BPA. And, considering that nearly everyone’s 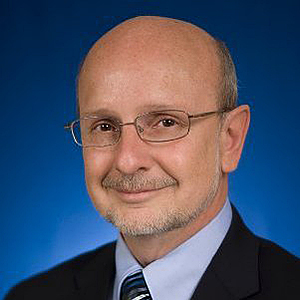 refrigerator is built with and loaded with products packaged using BPA, it’s understandable that the public wants assurances that it’s safe.

After thousands of studies and rulings from several international regulators, the U.S. Food and Drug Administration (FDA) and European Food Safety Authority confirmed that BPA poses no threat to human health as it’s currently used. Yet activists in the United States and around the globe continue to call for bans of BPA.

So, what’s with the disconnect?

Many scientists and health activists consider BPA to be an “endocrine disruptor.” Essentially, the chemical is suspected of mimicking the hormone estrogen in our bodies, which could cause health problems like obesity. But, studies have shown that BPA is actually a pretty weak mimicker of estrogen. In fact, soy (an ingredient in many foods) is 1,000-10,000 times more potent as a synthetic estrogen compared to chemicals like BPA.

Of course, this hasn’t stopped a barrage of scary headlines pointing to BPA as the cause of every ailment, from heart disease to hyperactivity. Studies that claim to have “found” an association between BPA and adverse health problems, but they’ve been largely dismissed by the scientific community for a multitude of reasons. For example, many of these studies relied on a very small sample size for their results. Secondly, scientists injected BPA directly into their animal test subjects rather than using oral ingestion. No one injects BPA into themselves.

Additionally, when animal subjects were exposed to BPA in many of these studies, they were exposed at levels millions of times higher than typical human exposure levels. An individual takes in, on average, less than .0000125 milligram of BPA polycarbonate per kilogram of body weight per day through food and drink consumption. This is more than 4,000 times lower than the maximum acceptable intake limit established by the Environmental Protection Agency.

This means, an individual would have to consume 1,300 pounds of food or drink packaged in BPA polycarbonate every day from their birth until their death to reach a level that might cause health problems.

Even when researchers do examine the real world impact of BPA on humans and find health effects, the media turns modest findings into fear mongering. Take the recent study of BPA and blood pressure, for instance. Researchers asked nearly 100 senior citizens to drink soy milk from either glass bottles or cans, then measured each individuals’ blood pressure before and after consuming the soy milk and measured the level of BPA in their urine. The resulting headlines: “Canned drinks raise blood pressure.” But, if you actually read the study, it’s clear the researchers found no such thing. Instead, what they found is that after drinking two cans of soy milk, the adults’ blood pressure didn’t go down quite as much as when they drank soy milk from either two glass bottles or a combination of one glass bottle and one can.

These small differences in blood pressure observed in a handful of participants were enough for Dr. Mehmet Oz to use his media platform to warn the public about the study’s findings and recommend lessoning exposure to BPA-containing products.

His warnings echo those of activists groups such as the Environmental Working Group, Sierra Club and Natural Resources Defense Council that blast misinformation about BPA’s safety to whip up public support for their anti-BPA campaigns, claiming “more research is needed” to understand BPA’s safety.

However, we’ve studied BPA over and over again. In fact, it’s the single most studied chemical in history, and U.S. taxpayers continue to foot the bill for hundreds of millions of dollars in BPA research.

Banning BPA isn’t justified by science, but that isn’t going to stop the pressure on the industry to stop using the ubiquitous chemical—even when alternatives aren’t necessarily readily available or as extensively studied. Instead of caving to activist pressure, scientists and the media, the cold food industry must do a better job educating the public about the real facts about BPA.

Americans shouldn’t be afraid to have a little junk food or BPA in their fridges. What they should fear is the dangerous impact of junk science.

Dr. Joseph Perrone is the chief science officer at the Center for Accountability in Science, a project of the non-profit Center for Organizational Research and Education (CORE), Washington, D.C.

Why chub packaging remains a favorite for pumpable products

Study: Half of Americans prefer to buy foods with minimal or no packaging