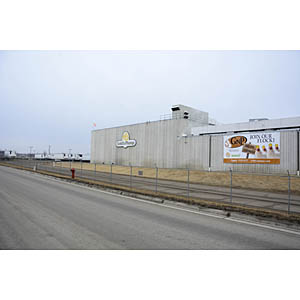 for its Cold Spring and St. Cloud, Minn., area operations.

"This marks the next stage of a new future and growth plan for GNP Co.," says Steve Jurek, president. "These changes underscore our continued commitment, as well as that of our new owner, Maschhoff Family Foods, to investing in the growth of GNP Co.'s business and people. It's truly an exciting time for us."

The first phase of expansion, which began early March, is expected to cost $35 million. It includes a building addition and the installation of new equipment to add capacity in the Cold Spring plant's first processing area as well as a build-up of the company's hatchery. Plans for the second phase, which may include a building addition and the installation of new technology and equipment to further automate processes, are still in development. Approval is contingent upon the company's future business plans, business expectations and customer needs.

If both phases of the expansion are completed, annual plant production capacity will increase by an estimated 33%, which equates to about 88 million more processed pounds of chicken or 352 million more meals per year. Furthermore, the full expansion is said to make the Cold Spring facility one of the most automated meat processing plants in North America.

In preparation for the first phase of expansion, GNP has finished and/or started the following projects:

"This expansion will increase GNP Co.'s ability to satisfy the expected increase in customer and consumer demand for our products and brands, while advancing our safety processes by reducing physical job demands and improving ergonomics," Jurek says.

The company does not expect the expansion to significantly change the total number of jobs at the Cold Spring plant. Production capacity will be increased primarily through new technology and equipment to automate processes.