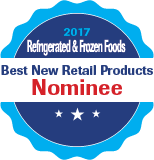 To further combat the nation’s food waste issue, Hy-Vee partnered with Robinson Fresh, Eden Prairie, Minn., to offer its unique line of Misfits produce. Misfits provides customers more fruit and vegetable variety at a lower cost while also helping to reduce produce waste. Through the program, 4-6 Misfit items are delivered weekly, based on seasonality, and are sold on average at a 30% discount.

“Ugly” produce is cosmetically challenged fruits and vegetables that would traditionally go unsold due to the industry’s size and shape standards.

“The beauty of this program is that the produce tastes the same and is of the same high quality, it just looks different. As the saying goes, you can’t judge a book by its cover. The same is true for Misfits fruits and vegetables,” says John Griesenbrock, Hy-Vee’s vice president of produce/HealthMarkets. “As a company with several focused environmental efforts, we feel it’s our responsibility to help educate consumers and dispel any misperceptions about produce that is not cosmetically perfect.”

“We understand that there is product left in the field because farmers don’t think there’s a market for it,” says Hunter Winton, general manager for Robinson Fresh. “With the Misfits program, farmers have an outlet to sell more produce, and customers have an opportunity to save money and help reduce waste.”

Misfits produce is available in almost all of the more than 240 Hy-Vee grocery stores across eight Midwestern states. Some of the line’s items include peppers, cucumbers, squash, apples and tomatoes.