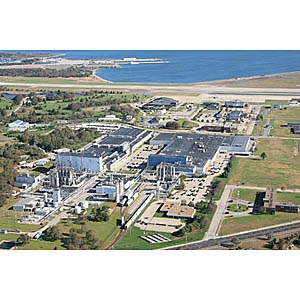 Cogeneration power systems allow users to operate "off the grid" and prevent the kind of electrical power outages that can occur with conventional power plants. Toray already operates a cogeneration system that supplies continuous power to its Lumirror polyester film division, which sustains manufacturing production even during severe weather events, such as Hurricane Sandy, and enables the company to provide uninterrupted customer service. The new system, which is expected to be operational by March 2014, will be dedicated to powering production for the Torayfan polypropylene film division and other sites around the property. It is expected to dramatically reduce Toray's demand on the supply of electricity to nearby Rhode Island communities, particularly during peak periods in the summer months.

In addition, the company estimates that the new system, like the current unit, will eliminate approximately 12,500 tons of CO2 per year, for a total reduction of 25,000 tons. Toray's sustainability initiative includes the use of solar power, zero landfill and extensive recycling, among other features.

"Toray has a legacy of innovation and commitment to sustainability, as demonstrated by our product development and operations," says Rick Schloesser, president and CEO. "Our taking action to [further] reduce our energy consumption and carbon footprint is good for business, people and the environment. Our global customers value our focus on producing the highest-quality, high-performance, competitively-priced OPP and PET films and our comprehensive sustainability initiative."

Toray earmarked $22.7 million for the development of the new system, including funds from National Grid's Energy Efficiency Program, developed in collaboration with the state of Rhode Island. National Grid supplies 100% of the electricity distributed to Toray beyond Toray's own cogenerated electricity. Toray calculates the project will generate 150,000 hours of construction labor.