The government shutdown is now entering its third week with rumblings in Washington that the end might be in sight. Nevertheless, government services and 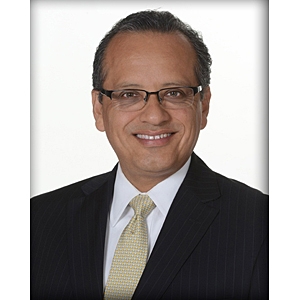 agencies remain closed, suspended or otherwise affected. Even the Food and Drug Administration (FDA) halted its operations, putting most of the agency’s routine food safety inspections on hold, and placing food safety threats on imports. For example, 91% of seafood, 50% of fruits and 20% of vegetables that Americans consume—and are imported—are not being inspected.

So, what does this mean to our nation’s food supply? How are today’s food processors affected? Better yet, how is the average consumer impacted?

Refrigerated & Frozen Foods: How exactly does the government shutdown affect food safety and the FDA?

Edgar Asebey-Birkholm: The FDA division that deals with human drugs, animal drugs, medical devices and tobacco will continue to be supported, at least in the short term, by user fees that FDA collects for services related to certain activities in those areas. But, no such user fees exist with regard to FDA’s food regulation. Consequently, functions such as food facility inspections, inspection of imported foods, follow-up inspections after implementation of corrective action plans and reviews of petitions for removal from Import Alert—the FDA’s way of telling the world that the agency thinks your products present safety problems—will most likely suffer due to the government shutdown.

R&FF: What can food producers do to maintain food safety in their plants, import/export, packaging, etc., in the midst of the government shutdown?

Asebey-Birkholm: Food producers’ internal operations, for the most part, should not be affected, at least in the short-term, by the government shutdown. On the other hand, imports may be affected because of the diminished number of FDA inspectors at the border. This means that if an incoming entry is stopped for confirmation by FDA of labeling compliance, it is likely that the entry will take longer to review or depending on the length of the government shutdown, may not be reviewed in time and may be refused by U.S. Customs and Border Protection (CBP). If an entry is detained for testing for pesticides or antibiotics, for example, either randomly or because the manufacturer is on Import Alert, at this time there would be no one to collect samples to be tested. This means that entries requiring testing before they are cleared for entry by FDA will also remain in detention and will very likely be refused entry if the shutdown lasts for more than a couple of weeks. Delays in FDA review of imported foods is even more critical if the product being imported is perishable, frozen or otherwise has a limited shelf life.

R&FF: Even after the government becomes operational, what are some of the repercussions from the shutdown? How long will they last?

R&FF: What advice do you have for consumers who may (or may not) understand how the government shutdown affects food safety?

Asebey-Birkholm: Consumers should realize that fewer FDA inspectors, both with regard to domestic and imported foods, can in no way result in safer foods. Even prior to the government shutdown, FDA staff was stretched quite thin. It is important for consumers to recognize that 50% of all fresh fruits, 20% of all vegetables and a whopping 80% of all seafood consumed by Americans are imported from abroad. Without inspectors and active testing, the safety of these imported goods will certainly be compromised.

R&FF: Anything pertinent specifically to the refrigerated and frozen food industry that our readers need to know?

Asebey-Birkholm: As mentioned previously, hardest hit will be perishable, frozen and other foods with limited shelf life. Delays in inspection or testing of imported foods at the border will likely lead to refusals of food entries that would otherwise have been cleared for entry. This will no doubt have a negative economic impact on both U.S. importers and foreign suppliers. Within the United States, companies that may have submitted corrective action plans (CAPs) or petitions for removal from Import Alert will be asked to wait longer before FDA can evaluate their documents. Just how much longer depends on our good friends on Capitol Hill. What is clear is that the food industry will suffer more the longer the shutdown.

Edgar Asebey-Birkholm is partner and FDA practice group manager at Roetzel & Andress, a legal firm with 200 attorneys and 13 offices located throughout Ohio, Florida, Chicago, New York and Washington, D.C. He provides counsel to clients on compliance, registration, importation and enforcement matters related to FDA-regulated products. Asebey-Birkholm also assists domestic and foreign clients in registration, clearance and pre-market approval submissions to the FDA, and advises clients on compliance issues associated with labeling and advertising, the manufacturing process and other regulatory issues associated with the development, manufacture, marketing and sale of FDA-regulated products.

How is the partial government shutdown impacting your business?