This website requires certain cookies to work and uses other cookies to help you have the best experience. By visiting this website, certain cookies have already been set, which you may delete and block. By closing this message or continuing to use our site, you agree to the use of cookies. Visit our updated privacy and cookie policy to learn more.
Home » How FSMA's New Food Import Fees Affect Your Company
Food SafetyExpert ColumnsAmerican Frozen Food Institute

As you read this column, the federal government has ended its nearly 3-week partial shutdown and the business of governing has resumed in our nation’s capital. No doubt the resumption of suspended services is a welcome development for frozen food makers, who I know were frustrated by the impact. 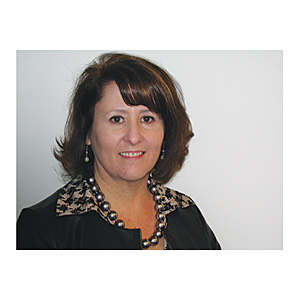 Now that the federal government's doors are open again, it’s critical that frozen food processors focus on major new food safety rules that are coming down the pipeline. These rules are designed to govern the treatment of virtually all foods—for both human and animal consumption—imported into the United States.

The Food Safety Modernization Act (FSMA) is ushering in the most sweeping changes to federal food safety rules in nearly 70 years, and a major FSMA focus is centered on overhauling the inspection system for imported food.

FSMA mandates that the U.S. Food and Drug Administration (FDA) create a new Foreign Supplier Verification Program (FSVP) that will greatly increase FDA oversight of imported foods, and require importers to comply with a massive new set of rules and regulations.

In August, FDA released its first proposal on how the FSVP would be structured and what actions it would require food importers to take.

Of note, FDA’s proposal contains two options importers can take to comply with FSVP requirements regarding supplier verification activities that will each cost the food industry nearly $500 million in additional costs.

Perhaps you don’t import food and are breathing a heavy sigh of relief after seeing that figure. Well, it’s important to note that FDA has indicated that it will align FSVP rules and regulations with FSMA domestic supplier verification requirements.

You might also think that countries your company imports food from may be exempted from FSVP requirements in recognition of those countries’ robust food safety protection systems. Well, if you import from New Zealand, you’re in luck. FSMA authorizes FDA to recognize foreign governments that provide “comparable” levels of food safety oversight. However, at the moment, New Zealand is the only nation on Earth that has received this designation.

So, regardless of whether you import food, or where you source your imports from, frozen food companies must understand the FSVP and what it will mean for their business.

• Reviewing the compliance status of foods.

• Identifying hazards that are “reasonably likely” to be present in imported foods.

• Providing “adequate assurances” that such hazards are controlled in a sufficient manner.

• Conducting a host of new importer identification and record-keeping activities.

Though FDA is accepting comments on its initial FSVP proposal until late November and will not issue its final proposal until June 2015, it’s abundantly clear that the FSVP will mean big changes for frozen food companies.

As FDA moves forward with the finalization and implementation of the FSVP, the American Frozen Foods Institute (AFFI), McLean, Va., will engage with federal policy makers to ensure issues important to frozen food companies are heard and understood by federal decision makers. AFFI will also continue to provide a unique and diverse range of educational programs and services to assist frozen food companies with their FSVP preparations.

If your company is in need of assistance getting ready for FSVP rules, please contact Dr. Donna Garren at dgarren@affi.com or 703-821-0770.

How to ensure an adequate food safety plan Dr. Donna Garren is EVP of Science and Policy at the American Frozen Food Institute (AFFI).