Manchester Farms, a Columbia, S.C., producer of quail, chicken and pork, announced that Brittney Miller has completed the acquisition for full ownership of the 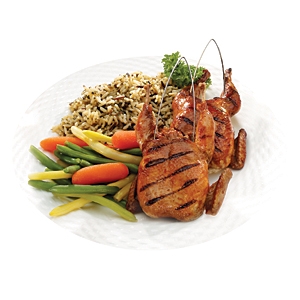 company. Effective immediately, Miller will be in charge of the day-to-day sales and all operations of the company, which include growing, processing and hatchery facilities in central South Carolina.

Miller, the president and partner, acquired ownership of Manchester Farms through a buyout of the firm’s other partner, Steven Odom, who is pursuing other interests. Terms of the acquisition were not disclosed.

“For the last 40 years, Manchester Farms has been a family business, and we will strive to continue the tradition,” says Miller, who is the daughter of Bill Odom, Manchester’s founder. “The company is the oldest and most respected producer of farm-raised quail in the United States and is growing in other markets by adding additional complimentary fresh and frozen food lines.”

This transaction clears the way for Manchester Farms’ plans for operational growth, additional research and development and new product lines. Manchester Farms recently added a state-of-the-art hatchery and breeder farm to support its need for growth.

“Recently, we’ve invested heavily in the company infrastructure,” adds Miller. “Based on those investments, the company’s production level is at an all-time high and provides new opportunities for sales growth.”

Garden State Farms acquires A. Vassallo to better serve the needs of the produce market