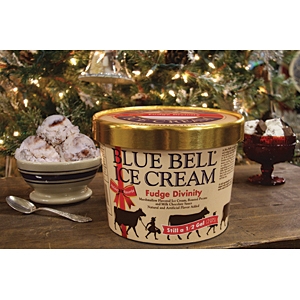 “You could say this is an old family recipe we have kept tucked away for more than a decade now,” says Paul Kruse, president and CEO. “We first produced this flavor in 1975, but retired it a few years later. We brought it back a few more times over the years, but it has not been sold in stores since 2000. Those fans who remember Fudge Divinity will agree that it is the perfect addition this holiday season.”

Blue Bell Holiday Favorites are only available for a limited time.