Hilmar Cheese Co., Inc., Hilmar, Calif., is nearing completion of its most recent processing expansion at its Dalhart, Texas, facility. 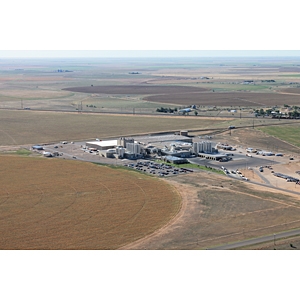 The expansion includes additional capabilities on an existing 40-pound natural American-style cheese production line, and improvements to a variety of processes to better serve domestic and international customers.

“We continue to invest in cheese to meet the needs of our growing customers domestically and abroad,” says David Ahlem, vice president, cheese.

Hilmar Cheese built the Texas facility from a Greenfield site in 2005. The company began processing cheese in September 2007. In 2010, the facility expanded as part of Phase II, which included additional milk storage capacity, four additional milk receiving bays and expansion to the natural American-style cheese production line. On the whey processing side, additional equipment enhanced the whey protein product offering from four varieties to nine. Shipping options expanded to include a Union Pacific rail line to the shipping dock of the facility.

Since 2010, other improvements have included additional water conservation and recycling capabilities.

“One of our core values is constant improvement and innovation,” Ahlem says. “The company walks the talk by investing in new equipment and processes each year.”

The expansion is scheduled for completion in 2014.

“The completion of this project provides the dairy farm families who ship milk to us the opportunity to grow their business,” adds Ahlem.