This website requires certain cookies to work and uses other cookies to help you have the best experience. By visiting this website, certain cookies have already been set, which you may delete and block. By closing this message or continuing to use our site, you agree to the use of cookies. Visit our updated privacy and cookie policy to learn more.
Home » Understanding the Risks in Marketing and Labeling Refrigerated and Frozen Foods
Food SafetyExpert Columns

Understanding the Risks in Marketing and Labeling Refrigerated and Frozen Foods

The deluge of class action labeling claims against food companies showed no signs of slowing in 2013. In fact, over the past two years, more than 100 such 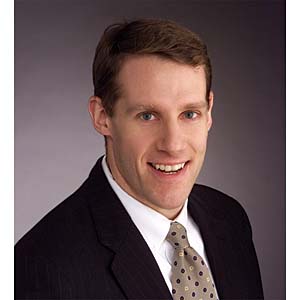 suits have been filed with the largest number of cases pertaining to “natural” claims and the use of GMO ingredients in “all-natural” products. The past two years have made clear that frozen food products are not immune to the threat posed by such litigation.

These lawsuits are generally based on the allegation that certain information on the packaging of the food products was false or misleading and that consumers reasonably relied on that information to their detriment. Significantly, class action plaintiffs are generally allowed to file suit with respect to products they purchased along with “substantially similar” products. This allows such suits to encompass—or potentially encompass—a wide range of products with similar claims on their labels.

The risks posed by such lawsuits are considerable. Insurance policies of most food companies do not cover these lawsuits, and the cost of legal defense and any resulting judgment is thus usually borne by the food company. There are also the obvious public relation concerns—the longer a case remains in the public eye, the more public exposure and risk of negative publicity significantly amplifies an adverse judgment. Even ultimate vindication at trial may come at a great cost. These risks must be weighed against the likelihood of obtaining early dismissal of the action on legal grounds and the likelihood of defeating efforts to obtain class certification. In light of the foregoing, many companies seek an early settlement even against relatively weak claims.

Class action attorneys represent one of many inter-related “pressure points” that shape the marketing behavior of food manufacturers. Other pressure points include (1) government agencies such as the FDA, USDA and Federal Trade Commission, (2) self-regulatory bodies, including the Better Business Bureau’s National Advertising division and Children’s Advertising Review Unit, (3) competitors, (4) consumers who have newfound power through social media, and (5) activists, including academics and policy-focused groups such as the Center for Science in the Public Interest. The flood of class action lawsuits is a result of the interaction of these forces. For example, class action attorneys seeking “deep pockets” often work directly with consumer activists seeking to shape public opinion. And, class action attorneys often initiate copycat litigation based on actions taken by government agencies and self-regulatory bodies.

These dynamics and the associated risks to food companies are highlighted in the following three examples of class action lawsuits targeting frozen food products.

1. Frozen pizza—trans-fat. The first example highlights frozen food products that include controversial ingredients may be targeted by policy-driven lawsuits even if they fully comply with FDA regulations and are not misleading. On Jan. 21, 2013, a class action complaint was filed against California Pizza Kitchen and Nestlé alleging that various frozen pizzas contained partially hydrogenated vegetable oil (i.e., trans-fat) “[i]n order to increase profit at the expense of consumer health” when safer, low-cost alternatives were available.

These allegations included the assertion that “[t]here is ‘no safe level’ of artificial trans-fat intake” and that trans-fats cause cardiovascular disease, type-2 diabetes, certain cancers and other ailments. The complaint alleged that these practices constituted “unfair competition” because it was “immoral, unethical, unscrupulous or substantially injurious to consumers, and the utility of the conduct … does not outweigh the gravity of the harm to defendants’ victims.” The court granted a motion by the defendants to dismiss the complaint, finding that plaintiffs could not show that “isolated instances of [trans-fat] consumption [were] sufficient to cause the enumerated harmful effects.” The court also noted that plaintiffs did not lose money because they received the benefit of their bargain by paying for and then consuming the pizza and, in this regard, their purchases were not made on the basis of false or misleading information because the pizzas explicitly divulged that they contained trans-fats.

2. Alexia Foods Inc.—“all-natural.” In November 2011, the FDA issued a warning letter to Alexia Foods Inc. for labeling a frozen food product that contained “disodium dihydrogen pyrophosphate,” a synthetic chemical preservative used to color and prevent discoloration in foods, as “all-natural”. Since 1993, it has been the FDA’s informal policy “not to restrict the use of the term ‘natural’ except for added color, synthetic substances and flavors” and that, for enforcement purposes, “natural” means “that nothing artificial or synthetic (including all color additives regardless of source) has been included in, or has been added to, a food that would not normally be expected to be in the food.

But, resolving the FDA warning letter was only the beginning. A class action lawsuit piggy-backing on the contentions from the FDA’s warning letter followed in May 2012. That lawsuit alleged that numerous frozen potato products, including “Potato Bites,” “Waffle Fries,” “Harvest Sauté” and “Mashed Potatoes – Yukon Gold Potatoes and Sea Salt” were falsely labeled as “all-natural” because they contained a disodium dihydrogen pyrophosphate. This case was ultimately resolved in June 2013 with a publicized, class-action settlement.

3. Dr. Praeger’s—fat and calorie content. Finally, in July 2012, Ungar’s Food Products, Inc. and Sensible Foods, LLC settled a class action lawsuit filed in 2006, which alleged that they falsely advertised the fat and calorie content in certain Dr. Praeger’s frozen vegetarian patties and pancakes, such as Dr. Praeger’s Frozen California Veggie Burgers and Broccoli Pancakes. The complaint alleged that certain “[i]ndependent testing and analysis” showed that claims on the “nutrition facts” panel on the packages were false because, for example, it listed “4 grams of fat and 92 calories per serving” but actually contained “nearly 9 grams of fat and almost 160 calories per serving.” Plaintiffs alleged that these representations were intended to imply “that Dr. Praeger’s Veggie Burgers and Dr. Praeger’s Vegetable Pancakes were a relatively low-fat, low-calorie, healthy food choice and that the representations were intended to substantially increase sales of the products and the sale price, and that consumers reasonably relied on the false representations.”

The defendants responded by contending that they promptly investigated the allegations, determined that a combination of production and ingredient changes likely caused the product to absorb unanticipated residual amounts of canola oil, issued a voluntary recall and press statement on the issue, changed their process to limit the excess oil and ordered new packaging and nutritional labels. Defendants then asked the court to find, as a matter of law, that the plaintiffs had no claim because their testing was not statistically significant and that they could not establish any damages or harm applicable to the entire class of persons that allegedly purchased the products. That motion, however, was denied and the court let the case proceed. Not surprisingly, the court subsequently approved a class-wide settlement among the parties, which provided class members with $1.3 million and plaintiff’s attorneys with over $700,000 for their fees and expenses.

In light of the foregoing, food manufacturers must be diligent in understanding the risks associated with the marketing and labeling of their products. Ultimately, the question of whether a particular label or advertisement creates an overall commercial impression that is susceptible to a claim that it is “false and misleading” must be considered on a case-by-case basis. Accordingly, food companies must carefully review all claims and related marketing in light of consumer expectations and against a backdrop of evolving risks and applicable law.

David Ter Molen is a partner and member of the food industry team at the Chicago-based law firm Freeborn & Peters LLP. His areas of focus include intellectual property litigation and complex disputes with a focus on the food and beverage industry.

New Podcast: Marketing and Promoting Frozen and Refrigerated Foods During the COVID-19 Pandemic