Ben & Jerry’s, Burlington, Vt., gave the existing “Half Baked” ice cream flavor a makeover thanks to its newest addition—Peanut Butter Half Baked. 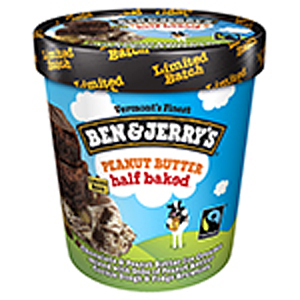