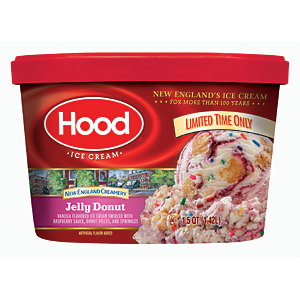 The new products come in 48-ounce containers for a suggested retail price of $3.99, and are available at New England retailers beginning February/March. The limited-edition items will be in the market through mid-September.