This website requires certain cookies to work and uses other cookies to help you have the best experience. By visiting this website, certain cookies have already been set, which you may delete and block. By closing this message or continuing to use our site, you agree to the use of cookies. Visit our updated privacy and cookie policy to learn more.
Home » Three Coasts of Cold Storage: Why Port Cold Storage is Expanding
Energy ManagementSupply Chain & LogisticsIndustry News

How ports in Jacksonville, Mobile, and Oakland are increasing cold storage capabilities to meet demand for cold food imports and exports.

As the industry enters 2021 with high demand for cold storage space, one segment perhaps lost in the flurry of inland temperature-controlled construction projects is port cold storage, which has also addressed the need for increased capacity in recent years.

“Cold storage at the Port of Oakland has doubled in the past 10 years,” says Andrew Hwang, the Port of Oakland’s manager of maritime business development and international marketing. “Our current capacity is about 500,000 square feet of temperature-sensitive facilities.”

The Port of Oakland isn’t alone in seeing cold storage needs met recently through partnerships and projects with companies like Lineage Logistics, Dreisbach Cold Storage, MTC Logistics, and many others. We talked to a port on each Coast—West, Gulf, and East—to find out how they’re addressing cold cargo challenges at each of their respective harbors. 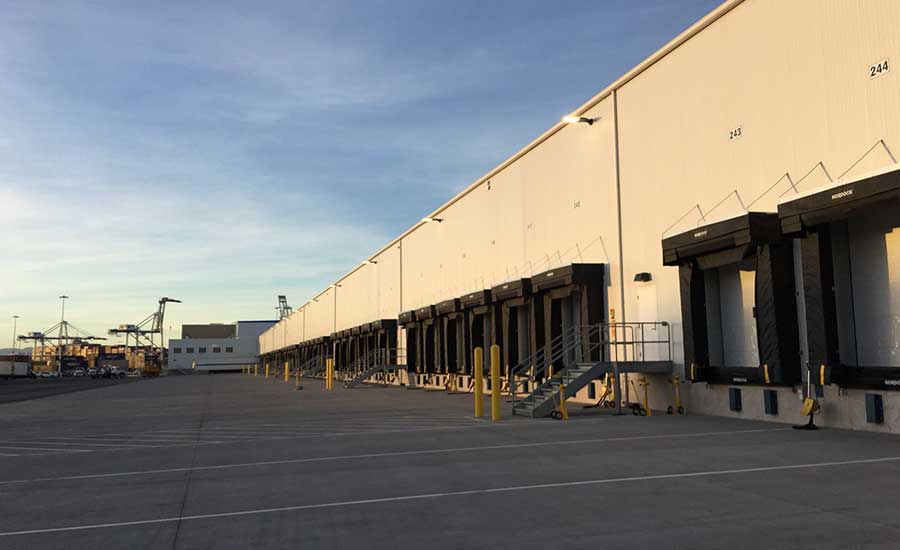 Cool Port at the Port of Oakland has 90 truck docks and can facilitate 1 million tons of perishable products annually. About 70% of that cargo is exported.

In 2018, the Port of Oakland opened its “Cool Port” facility, partnering with Lineage Logistics and California-based Dreisbach Cold Storage. The building is 280,000 square feet, with 90 truck docks, and can move up to 1 million tons of perishable products through the port each year.

Several environmentally friendly elements were built into the Cool Port, including direct rail access to load shipping containers onsite—up to 36 railcars a day—reducing the number of trucks used and dropping diesel emissions, while the cargo handling equipment at Cool Port is 100% electric, projected to save nearly 9,000 pounds of CO2 in the first five years.

“There’s increased demand for California produce and proteins that transit through Oakland,” says Hwang, adding that the Port of Oakland is the last U.S. port-of-call before ships leave for markets in Asia, South America, and Europe, and that 70% of the port’s temperature-sensitive cargo is exported. As for future growth, Hwang says normalization of trade between the U.S. and China will be a key factor, and the port may add more cold storage space within the next decade, depending on demand. 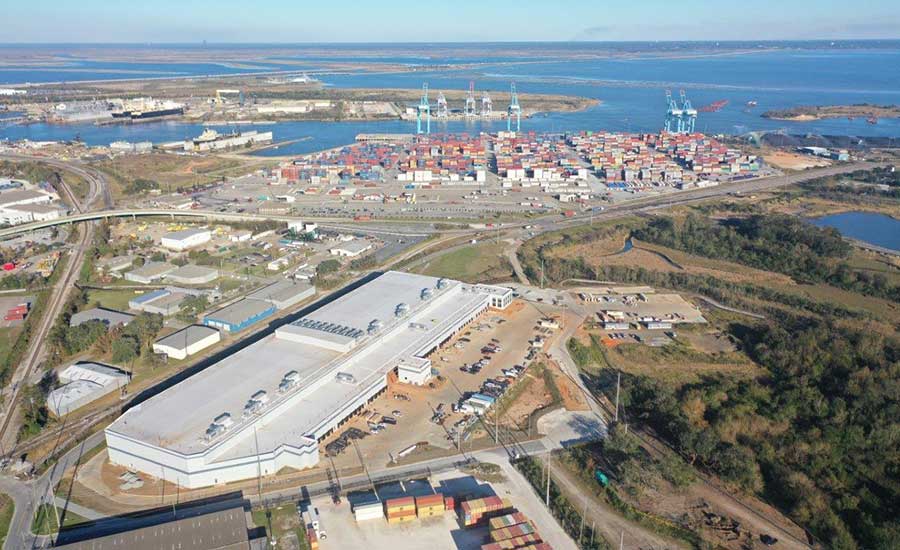 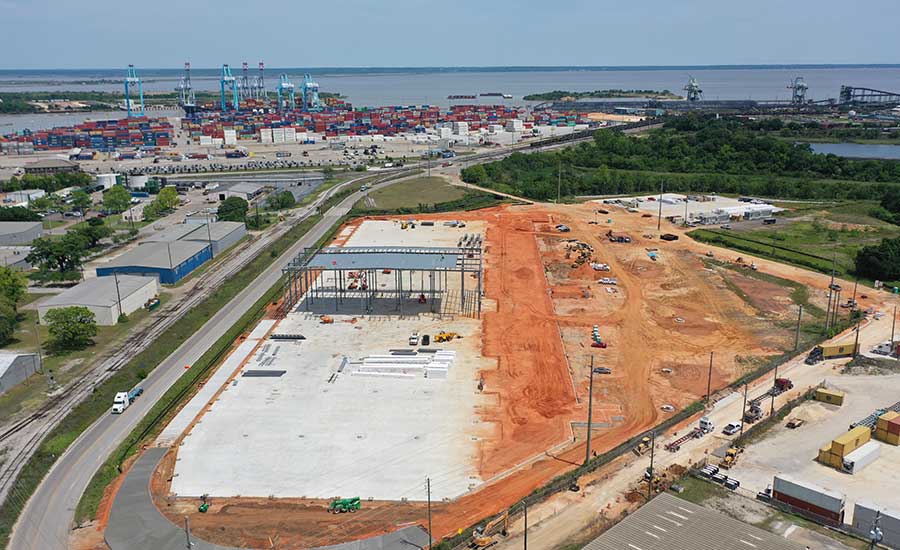 The Port of Mobile partnered with MTC Logistics last year on a $61 million cold storage facility slated to open in Q1 this year. Before the project, the Port of Mobile had 5 million cubic feet of cold storage capability. MTC’s facility will add 12 million cubic feet, bringing the port’s total to 17 million. MTC’s facility will have 40,000 pallet positions and can accommodate 30 truckloads a day. It will also provide port drayage and less-than-truckload consolidation services.

Alabama is one of the largest poultry producing states in the country, but as demand for poultry exports increased (along with pork), it became clear the Port of Mobile had a shortage of refrigerated containers and cold storage capabilities to meet their needs.

“Our shippers could export more through Mobile if we had enough reefer containers available. The new facility changes that dynamic at the Port of Mobile. MTC customers bring in cold products, which in turn provides the necessary containers for the backhaul of poultry and other proteins. Couple that with the larger vessels allowed due to ocean carriage space allocations increasing for our port, and we see nothing but growth,” says Judith Adams, VP of marketing, Port of Mobile.

In addition to higher demand for poultry and pork exports through the Port of Mobile—which shifted from Russia to Asian markets after Russia stopped buying U.S. poultry in 2014—imports of frozen retail and foodservice products have also risen in the region, due to a growing population in the Southeast. Walmart and Aldi have either recently built, or are constructing distribution facilities in the Mobile area due to the port’s proximity to import those goods. 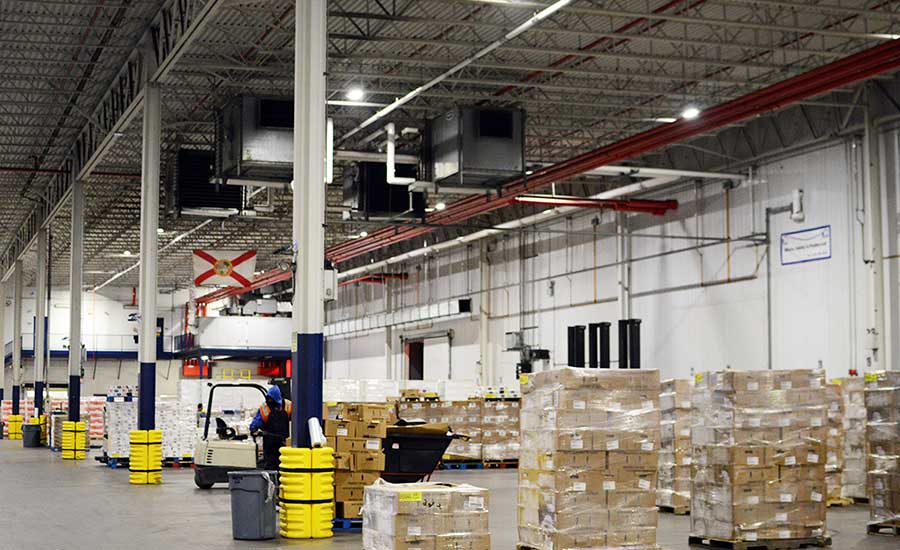 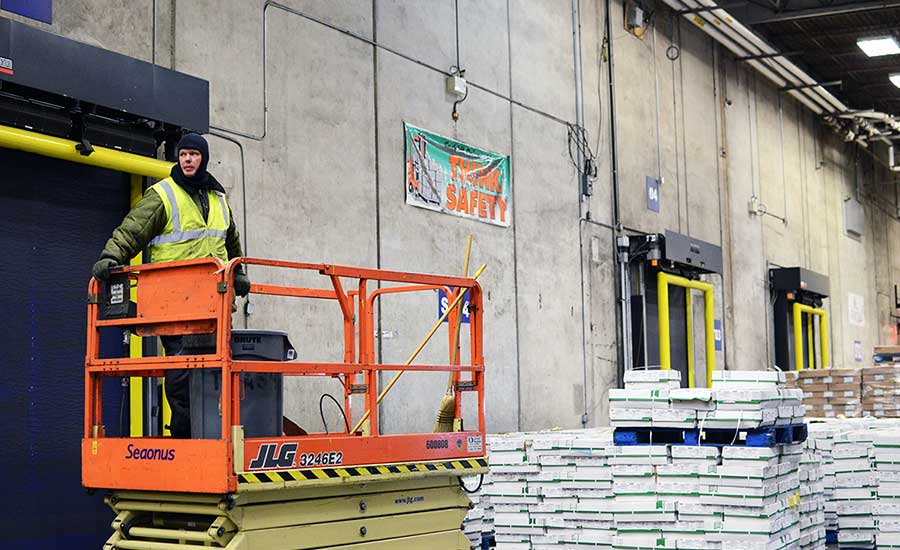 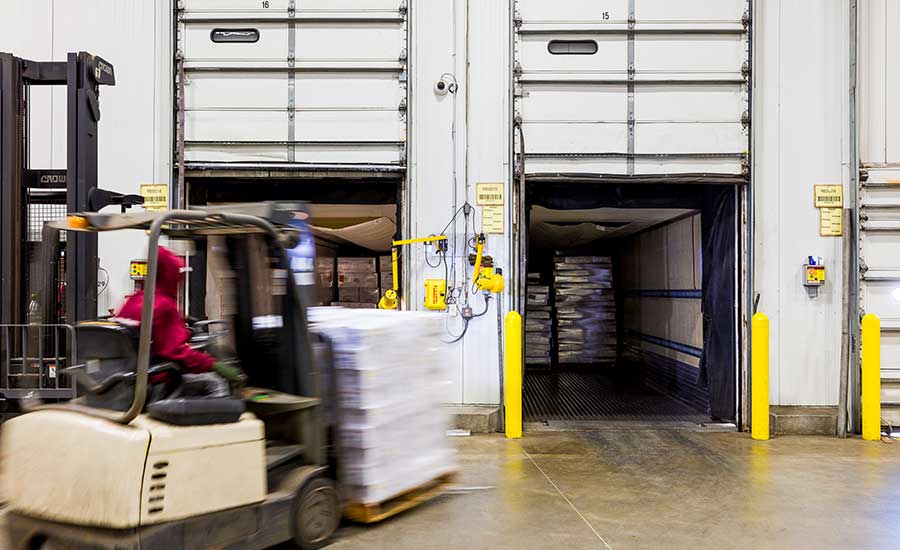 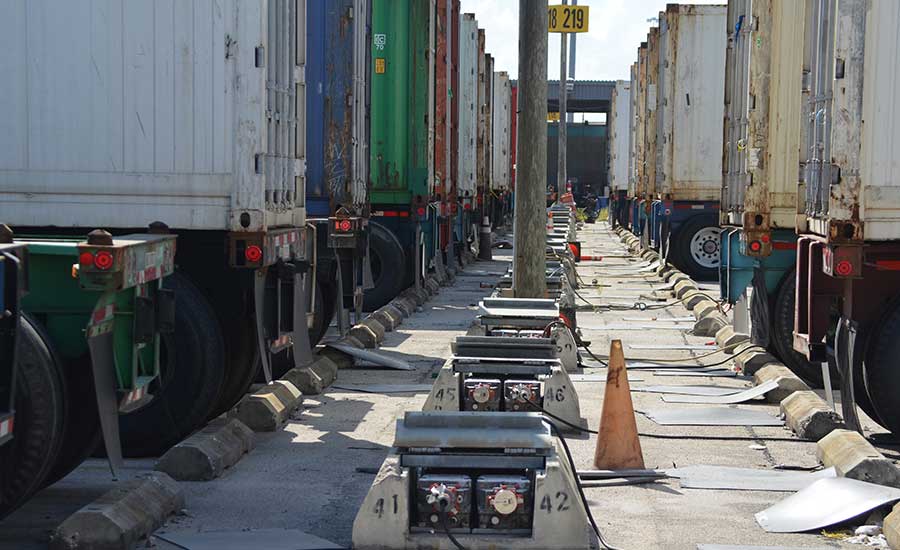 There are more than 1,600 reefer plugs onsite at JAXPORT for containers with cold cargo, providing power to maintain temperature before transportation to their next destination.

Approximately 80% of JAXPORT’s fresh and frozen foods are imported, according to Alberto Cabrera, JAXPORT Director of Cargo Development. In particular, seafood imports from China, India, and Vietnam have been in demand recently.

“Jacksonville’s strategic location in the heart of the Southeast, including fast access to Atlanta, Memphis, and Orlando, makes the port an attractive option for time-sensitive cargo,” he says, adding that exports of poultry and pork have increased recently to Cuba and the Caribbean, as well as perishable proteins and produce shipped to Puerto Rico.

Environmental initiatives related to JAXPORT’s cold chain include vessels powered by liquefied natural gas transporting perishable items to and from Puerto Rico; and Aqua Gulf’s nearby warehouse—about five miles north of the port—which is topped with a 62,000-square-foot solar array, comprised of 1,786 solar panels, capable of generating 2.25 megawatts of power daily.

Future plans at JAXPORT include a 124,000-square-foot cold storage facility expected to break ground near the port’s Blount Island Marine Terminal later this year, and the continuation of a five-year strategic plan to further grow the port’s cold cargo handling capabilities.