The Financial Footprint of Frozen Foods

Last year at this time, I had just finished my first issue as editor-in-chief of Refrigerated & Frozen Foods, which was our annual Top 150 Frozen Foods Processors Report. In that Top 150, we detailed modest sales gains for the frozen foods industry, and highlighted evolving disruptors like plant-based foods and e-commerce/direct-to-consumer shipping.

One year later, it’s safe to say our current Top 150 from a statistical standpoint is unlike any other R&FF has published. About a week after last year’s magazine came out, the pandemic arrived, and consumer stockpiling followed, which included a record amount of frozen foods sold. 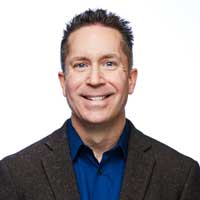 To use a baseball analogy, 2020 is the year frozen foods became a home run hitter after being known for years as a singles and occasional doubles hitter.

Inside this year’s report, you’ll see statistics across six frozen categories that look like typos at first glance. One example: year-over-year (YOY) growth for frozen foods from 2018 to 2019 was 2%. YOY growth from 2019 to 2020 was 21%, and at the peak of stockpiling in March, YOY growth was 53%.

Other than being profitable in 2020, frozen foods could also be described as reliable. When the public went shopping at the start of the pandemic, they looked for foods that were convenient to store and prepare, provided value for the dollar, and could last for weeks in the freezer if needed. Frozen foods meets all those requirements, which is one reason freezercases were empty at the end of March. 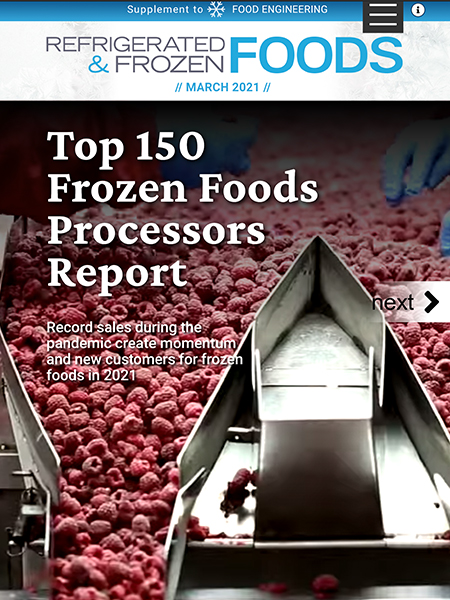 Speaking of empty freezercases, I live in Houston, which, like the rest of Texas, endured a week of historically bad weather in February, with sub-freezing temperatures, broken water pipes and power outages throughout the state. During that time, people stood in line outside stores that still had electricity to buy water (like me) and later, when the power returned, for food because they ran out at home.

At the end of that week, I visited my local grocery store, and the frozen foods department had been cleared out like it was March 2020 all over again.

In particular, the pizza and ice cream sections were rows of empty shelves. This was at a major grocery chain too, where inventory isn’t usually a problem. I took the photo above of the ice cream section, and the pizza shelves were just as bare.

Pizza and ice cream are also comfort foods, which always sell well during stressful times. But for the shelves to be empty in February 2021 shows that many shoppers who waited in line went to the frozen section first, like it was a necessity and didn’t want to miss out. Let’s hope that enthusiasm and sales momentum for frozen foods continues this year, and that we don’t need a pandemic or weather-related disaster to maintain those lofty numbers.

Today’s F&amp;B industry faces demands, challenges and trends that are changing at lightspeed.

It's a great article, yet no comments!?

I'm surprised that it takes us this long...