How to Respond to a Food Crisis via Social Media

It’s 9:29 a.m. on a Thursday, and a woman named Becky in Lebanon, Kan., just posted a photo on Facebook of her sick 4-year-old daughter. Nobody is sure what the problem is. The symptoms are odd and it’s not getting better despite the doctor’s best efforts. They’re hoping the lab results will shed some light on this unusual illness. 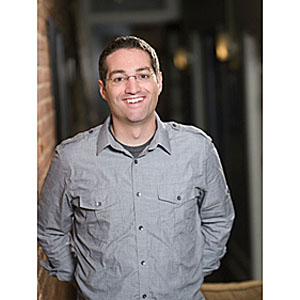 Later that night, Becky heard from several other moms in the area via Facebook that their children are having similar symptoms. Concern continues to grow with few answers. The next morning, Becky and her growing tribe of connected mothers discovered that at least 19 children in Kansas and Nebraska are experiencing the same symptoms. Her daughter’s lab results are in, too. All signs point back to something the child ate.

Within a few hours, the moms determined that one of your company's products is the culprit. Like clockwork, your corporate office begins fielding calls from concerned and scared parents followed by the first of many emails from grocery store managers. It’s now 5:30 Friday evening, and Becky has heard from moms in several states. A Facebook page was created to give updates and information to new families who have children experiencing the same symptoms. A few YouTube videos were posted showing how the cases are similar though thousands of miles apart. There are hundreds of people talking about it on Twitter now, too. It’s been less than 48 hours since a mom from a tiny town in the middle of Kansas posted a single photo to Facebook, and by Monday morning, it’s going to be national news. How are you planning on spending your weekend?

In a day when the average consumer has a mobile device that instantly connects them with a few hundred of their closest friends, it’s common for companies to be uneasy about how to handle a crisis situation that arises from or spills over to social media. The fact of the matter is, you should be uneasy because it’s then that you should recognize—you don’t have as much control over your brand as you once thought you did. You should be uneasy because you respect the way something can seem to bubble up from nowhere and completely own your weekend.

What to do
A crisis situation like this is going to make for long days, but there is a right way and a very wrong way to handle it.

First off, you have to recognize that social media has altered the very style and tone you need to use in your communications. You need to be personal, sincere and most of all, keep the human element in front of you at all times. The last thing you want to do is sound like a heartless corporation run by robots tasked to save the bottom line at all costs. Humanity and humility are like gold on social media. The more of each you inject into your responses, the better you’ll be.

Enforce the OFF method
In the midst of every crisis, there comes a point when you just want it to be over and done with. However, if you have the endurance and have handled the crisis well from the outset, you’ll find you can actually make gains after the dust settles. To do this, use the OFF method—O for own it, F for fix it and F for flip it.

Own it, even if it’s not your problem
In the hypothetical scenario above, your company doesn’t know how much, if any, of the sicknesses are actually related to your product. Even if you suspect that the moms came to the wrong conclusion, go ahead and own the desire to seek the truth. That’s something you have in common with the concerned parents. You want to know what’s going on just as much as they do. They just happen to think you’re the problem. You aren’t so sure. Don’t go into defense mode yet. Be patient and be genuine. Tell them you’ve just learned of the problem and intend to find out the resolution immediately. Inform your consumers that you will update them regularly. Owning the problem doesn’t mean that you’re admitting to the problem. It just means you’re going to take the lead on getting to the bottom of it.

If you find out your product is, in fact, the issue, do what needs to be done to remove the products and make the appropriate public announcements. Be sure to follow up specifically with people who reached out to you early on. Don’t assume that a public announcement will help those early individuals concerned about the problem as much as a more personal comment and apology. Owning it also means that if your company has done something wrong, you’re going to say so. When you apologize, you don’t want to use words that sound like you’re dodging responsibility. Be direct. Be specific. Be genuine. Perhaps you need to record a video message from your CEO explaining the problem, apologizing and then outlining the steps the company is taking. Post the video to YouTube and your Facebook page. Make it available on your company website. Once you own a problem, you greatly help your chances of controlling the message and the long-term impact of your brand.

Fix it, now
Now that you own the problem, it’s time to start fixing it. If you need to do a recall or follow a series of procedures necessary in a situation like this, you’re obviously going to be in full swing. On the social media front, give regular updates about the process. The people who have been impacted by this will care.

In the absence of communication, people can begin to assume things about you that won’t necessarily be true. In the presence of communication, they will have to work much harder to come to those same assumptions. This means you may show pictures of your product being loaded back into boxes from a grocery store just to drive the point home that you’re on top of the recall. If you’re in the unfortunate position of being innocent while public perception is that you’re guilty, work to publicly build trust by joining the hunt for the truth. Even if it becomes clear that your company is innocent, you can choose to stay involved to leverage the new connections and attention on your brand into something positive. This is the beginning of flipping the situation into something that works for you and bolsters your brand credibility.

Flip the situation
Flipping a problem is looking for the silver lining even in the worst situations. When there’s a crisis, your brand is given a platform you would not normally have. Once the problem goes away, that attention could go away too unless you choose to stay engaged with it. Maybe that means you make a donation to a fund started to help a child or send handwritten notes to people thanking them for understanding that you never intended for any harm and that you’re taking full measures to make sure nothing like this happens again. Maybe it means your CEO records a series of personal apology videos for those impacted by the unsafe food. If it was determined that your products were not at fault, you now know a lot more customers directly and you might want to give them some free product to thank them for sticking with you through the tough time.

Whatever the case, if you push through the hard part of the situation and muster up the emotional energy to stay engaged a bit longer, you’ll be able to find those opportunities that can only arise on the other side of a crisis. Social media connects all of us. It connects individuals to each other and companies to individuals you never thought you’d hear from. The bottom line is that you have more direct communication methods at your disposal than ever before. Use them well to make a bad situation better. As long has you remember that you’re using personal communication tools for talking with real people, you’ll be well ahead of the curve to deal with any situation that may arise.

Bill Seaver is the founder of MicroExplosion Media, a Hendersonville, Tenn.-based company that helps businesses understand how social media and traditional marketing have evolved into a new way of doing business.