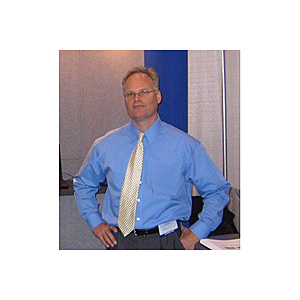 over metal detection for physical contamination has become more a question of “when” rather than “if.”

By now, most food producers recognize the advantages that X-ray inspection offers over aging technology like metal detectors and optical scanners. The list is extensive, but leads with the fact that X-ray equipment readily identifies stainless steel—the most common metal used in food processing equipment. X-ray also spots non-metallic objects such as bones, stones, glass and even sugar conglomerates. X-rays can even “see” through metalized packaging, and work around other obstacles such as metal retaining clips without degrading the ability to find unwanted foreign objects.

So, why aren’t more food producers jumping on the X-ray bandwagon?

Cost is not an issue
Cost no longer ranks as a major issue. Like so many other technologies, competition and improvements in manufacturing efficiency have dropped the price point of X-ray inspectors to within striking distance of high-end metal detectors. Even a spread of $20,000-$30,000 pales in comparison to the potential loss of brand loyalty if just one foreign particle harms or alarms a consumer and its source gets traced back to the food producer.

Instead, feedback gathered over the years from major food producers points to two big issues that still give pause before making the inevitable leap to X-ray—the perceived difficulty in operating these devices and the feeling that factory technicians are required to maintain and repair them.

In light of the newest X-ray inspection designs, a closer examination of these concerns reveals the fact that these fears are no longer founded.

Shortening the operational learning curve
Traditionally, metal detectors have appealed to food producers because they are simple systems, hence they appear less complicated to repair. Also, metal detectors are easier to operate and adjust than traditional X-ray machines.

Because X-ray machines are unmanned, they require advanced image processing software to determine if a foreign object is present in the food or packaging. As a result, they require highly trained personnel to adjust, set up and maintain the image processing to get optimum performance. With the introduction of new automatic training algorithms, these devices can now be set up quickly and easily.

For example, some X-ray manufacturers now utilize fully automatic training technology to learn what normal product should look like under the light of x-ray energy and reject anything else. This includes undesired contamination such as stainless steel, glass and stone, but can also be used to identify undesirable process variations. A one-button “auto learning” system allows a technician to visually inspect an x-ray image that has been falsely detected, and with one button, tell the machine to ignore similar detections in the future. No further adjustments or even knowledge of how the image processing system works is required, making operation completely intuitive.

These advancements in image processing enable X-ray inspection to run almost on autopilot.

Simplified maintenance and repair
Food manufacturers traditionally shy away from X-ray machines because of the belief that they are complicated and require factory-trained technicians for service and repair. Hence, food manufactures have traditionally put up with the shortcomings of metal detectors for the simple reason that they are easier to fix.

That was then. Nowadays, the clever modularization of X-ray construction has made repairing these devices almost as easy as changing a light bulb.

This modularization of X-ray inspection systems means that any necessary repairs can now take place quickly and easily. Access to replacement modules is available on a 24/7 basis from some vendors, while most food production facilities go the extra step to purchase spare modules in advance for on-the-spot replacement. In the time it takes to change a bearing on a conveyor, the X-ray critical control point is back up and running again without even calling the factory for parts.  The service model changes from on-site factory technicians to mailing the defective module back for replacement.

The newfound ease of operating and repairing today’s X-ray inspection devices means that a food producer can maintain these machines with their own existing personnel. Since no special training is required, employee turnover is no longer a problem to ensure that the machine operates at maximum uptime.

The best of both worlds
Enabled by new technology, the simplification of operating and maintaining an X-ray inspection system allows packaged food producers to benefit from all its advantages with the same ease and quick repair that legacy metal detection systems offer.

How Safe is X-ray Inspection of Food?