5 Things to Know About Food Fraud

Food fraud—the deliberate substitution, addition, tampering or misrepresentation of food, ingredients or packaging—is considered by food safety experts at NSF International, Ann Arbor, Mich., to be a global issue that cannot be dealt with solely inside national borders. 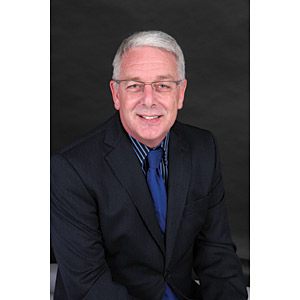 Here is a Top 5 list of things the cold food industry needs to know about food fraud.

1. Fraud is now a recognized fact of life in the food industry.

According to a 2010 report by Grocery Manufacturers Association, Washington, D.C., and Chicago-based management consulting firm A.T. Kearney, it is estimated that economic adulteration and counterfeiting of global food and consumer products may cost the industry $10-15 billion per year. In fact, the cost of one product adulteration incident averages between 2-15% of yearly revenues. However, some experts have estimated much higher food fraud costs.

For example, the World Customs Institute and FBI estimate that it costs the world economy $49 billion annually to resolve food fraud instances, whereas the University of Minnesota National Center for Food Protection and Defense (NCFPD) estimated that about 10% of U.S. food could be adulterated.

More recent figures paint an even worse picture. A report published by the University of Portsmouth, England, in November 2014 estimates that fraud and error could be costing UK-listed food and beverage companies an average of 5.47% of their revenue.

Fraud incidents have only started to be recorded systematically in the global industry in recent years and the rate of reported discovery is significant. In 2007, the UK Food Standards Agency set up its food fraud database. That year it received 49 reports of food fraud from local authorities; in 2013, it received 1,538.

Food fraud has always existed, as has fraud in any walk of life. The problem is that profit margins are good, detection rates relatively low, penalties modest compared to other forms of crime and the complexity and lack of transparency lends itself to fraud.

2. There are real food safety risks.

This is not just financial crime—deaths and serious illness have resulted from food fraud. Criminals are interested in profit, not safety. Several fraud-based incidents around the world have in fact illustrated the serious nature of the food safety risks that can arise. One of the most dangerous incidents was reported in China where baby milk was adulterated with melamine to artificially raise protein levels. The addition of melamine resulted in the hospitalization of 54,000 babies and at least six deaths.

3. The food industry is being targeted by serious and dangerous organized crime groups.

A key attraction to food fraud is that crimes involving food are likely to attract prison sentences of just months rather than the years imposed for smuggling drugs or guns. It’s no wonder than why well-organized crime operations have turned their focus on the food industry. Food technologists and buyers will need training on how to spot fraud and how to deal with it when they do. These criminals are unlikely to be put off by someone with a white coat and clipboard.

4. The fraud situation will only get worse before it gets better.

The growing realization of the increasingly sophisticated and large scale of food fraud has underlined the fact that regulators and the food industry are behind the curve on the issue of fraud. It will take time for businesses to wake up to the implications, and doing so will require a total top down review of their culture and practices.

Industry bodies like the British Retail Consortium (BRC) and Global Food Safety Initiative (GFSI) plan to include fraud control within their new standards and legislation in the Food Safety Modernization Act (FSMA), which could have an international impact, as it requires all foreign exporters to demonstrate compliance with equivalent U.S. regulation.

Currently, there are not enough people in the public or private sector with the technical or forensic skills available to identify food fraud in all its guises. Food technologists are not trained or configured to examine buying practices for potential fraud risks. This will change as integrated training programs for technical and buying teams are developed, but the change will be incremental rather than immediate.

5.More fraud will be identified as testing increases.

This almost certainly means more scandals, more consumer distrust and more damage to businesses before the food fraud situation improves. With all the increased attention fraud is receiving, it is almost inevitable that more problems will come to light.

Responsible companies will undertake comprehensive fraud risk assessments, which will lead to the introduction of additional targeted sampling and monitoring. Sophisticated techniques to address food fraud, such as stable isotope ratio analysis and DNA testing, are becoming more affordable. While new techniques are welcome, testing alone is no panacea. It is expensive, and not everything can be tested all of the time.

While law enforcement and regulations catch up, the primary burden of preventing food fraud in the short term will fall to companies interested in protecting their brands and reputations. To the cold food industry, I urge you to take a more holistic and flexible approach to food fraud—one that emphasizes strong leadership and building a culture of risk awareness.

Poor reputation can significantly and adversely impact shareholder return. Due to the potential reputational impact, it is likely that risk assessments for food fraud will become a key part of corporate and social responsibility reporting. Shareholders will want reassurance that their investments are well protected from fraud incidents that could reduce the value of their shares.

Criminal food fraud is a very serious problem, and while several measures are in place to protect today’s products and brands, the cold food industry still has a long road ahead in combating food fraud for good.

How the Internet of Things Impacts Food, From Farm to Table