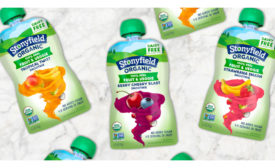 No Comments
Stonyfield Organic, Londonderry, N.H., launched Fruit & Veggie Smoothie Pouches, made with 100% real fruit and vegetables for a half serving of fruit and just six simple ingredients.
Read More 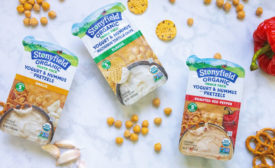 Although only a quarter of kids said they "love" healthy snacks, it's important to note that 40% said they "like healthy snacks" and only 1% said that healthy snacks are "gross."
No Comments
In a survey of kids ages 5-11 and their parents, Stonyfield uncovered that snack time presents a great opportunity to build healthy food habits for all meal times.
Read More 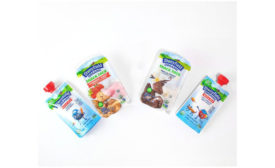 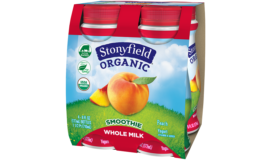