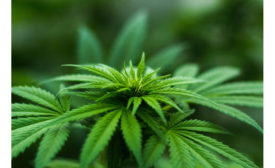 Nielsen projects that the U.S. hemp-based CBD market could be a $2.25-2.75 billion industry in 2020.
No Comments
Nielsen, Chicago, predicts brands, marketers and consumers to have a big appetite for data and information about cannabis in 2020.
Read More 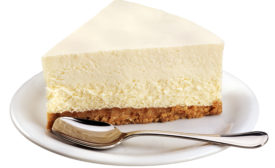 Two-thirds of Americans say their eating habits have changed over the last five years.
No Comments
Consumers aren’t eating as well as they’d like to, and that’s an opportunity for growth in consumer packaged goods (CPG), according to a report from Nielsen, New York.
Read More

Channels are blurring and C-stores now compete with an array of players that include quick-serve restaurants, drugstores and smaller formats of grocery and mass that increasingly focus efforts on fresh and fresh prepared/grab-and-go offerings.
No Comments
Across the U.S. retail landscape, convenience stores are said to grow faster than all other offline channels over the next five years, according to a study released by Nielsen, Chicago, thus reflecting the hyper-focus consumers put on expediency.
Read More

Brands across all industries will have an opportunity to deliver on the “healthy for me and healthy for we” expectations.
No Comments
Nielsen, Chicago, announced its predictions for technology, consumer packaged goods (CPG) and retail for 2020.
Read More 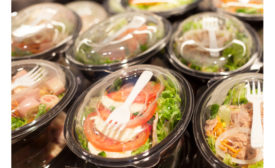 E-commerce is still maturing within food and beverage, but fresh perishables are an opportunity in stores today.
No Comments
The latest Total Consumer Report from Nielsen, Chicago, shows that fresh categories within the United States are driving nearly 49% of all dollar growth across the fast-moving consumer goods (FMCG) brick-and-mortar landscape.
Read More

Study: U.S. CPG cannabis sales to rise by the billions

Nielsen predicts that sales of all legalized cannabis in the United States will reach $41 billion by 2025.
No Comments
Although a large sector of cannabis products remain illegal under U.S. federal law, state-legalized cannabis and cannabidiol (CBD) from hemp will translate into billions of dollars in revenue, according to research from Nielsen, New York.
Read More

Nielsen: Private label is the new brand of choice

Emerging, disruptive brands have strong foundations online—and some are either non-existent in brick-and-mortar or have a very small physical presence.
No Comments
There’s a private label outbreak, and there’s no slowing it down—both in stores and online.
Read More

Study reveals how the cannabis craze will impact drugstore businesses

Consumers also report they will likely consume cannabis for a variety of reasons outside of recreation, according to Nielsen research.
No Comments
According to the latest data from Nielsen, New York, and Headset, Seattle, Wash., consumer interest in purchasing legal cannabis exists across gender and age groups in the United States.
Read More

Study reveals what products consumers care about when buying local

Millennials say local matters most in the frozen department.
No Comments
Buying local had the highest awareness among U.S. consumers, topping the charts at 46%, according to a study produced by Nielsen, Chicago.
Read More

Meanwhile, growth for private label shows no sign of slowing.
No Comments
Private label dollar volume in the mass retail channel surged +41% over the last five years, compared to a gain of only +7.4% for national brands, according to analysis from Nielsen, New York.
Read More
More Articles Tagged with 'Nielsen'
Subscribe For Free!
More Videos