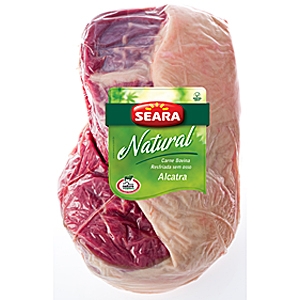 practices in cattle production activities in the Brazilian Amazon Region. TNC, a leading conservation organization, Marfrig Group, one of the world’s largest food producers, and Walmart Brazil, the world’s leading retailer, will provide technical resources to promote compliance with environmental legislation and expand responsible production among ranchers operating in the municipalities of São Félix do Xingu and Tucumã, located in southeastern Pará, a state in Brazil’s North Region. The objective is to ensure the conservation of these regions’ forests, soil and rivers, while expanding the supply of beef with assured origin to Brazilian consumers using an enhanced beef tracking system.

Southeastern Pará was the area chosen for the project because of its high potential for conservation and its growing economic importance based primarily on cattle production. The region concentrates forests, which are distributed across conservation units, indigenous reservations and private properties, as well as rivers of fundamental importance to the entire Amazon Region, such as the Xingu River and its affluents. The region is also situated on one of Brazil’s most dynamic agricultural frontiers. São Félix do Xingu, for example, is the Brazilian municipality with the largest cattle herd in the country, according to the Brazilian Geography and Statistics Institute (IBGE), and concentrates 1% of the national herd.

“TNC has been working in this region for four years and on various fronts. We expect to build a production model that reconciles the biome’s conservation and that can be replicated in other areas of the Amazon to generate results on a large scale," says Ian Thompson, director of the Amazon program at TNC.

Meanwhile, Tucumã is the municipality where one of Marfrig Group’s production units is installed, which has the capacity to process 1,000 head of cattle per day but has been idle since 2009. The company decided to re-open it this year, and the measures required for its reopening include mapping and organizing cattle suppliers based on the company’s social and environmental criteria adopted throughout its production units. Marfrig Group’s sourcing system allows the purchase of cattle only after verifying the environmental licensing and tax status of the producer, checking if the rancher is on the list of violators published by Brazil’s environmental agency Ibama, and super-imposing the images of the georeferenced properties with satellite maps of deforested areas, among other measures.

“This engagement with Walmart Brazil and TNC is fundamental for encouraging more and more rural producers to adopt sustainable practices on their ranches and comply with the responsible management standards that are implemented throughout our entire production platform in Brazil, which is unprecedented in the industry,” says James Cruden, chief executive officer of Marfrig Beef, the business segment of the Marfrig Group dedicated to beef production.

Improvements from end to end
The new projects will further a more sustainable cattle production chain. Over the last five years, government, companies and non-governmental organizations have implemented significant measures to improve environmental practices in the industry, as demonstrated by the previous commitments undertaken by Marfrig Group and Walmart Brazil to not process or sell beef products that cause deforestation. Now, the engagement of all links in the production chain working on the same objective and in the same region should open up new conservation opportunities and establish new and higher standards of sustainability in beef production.

Without these initiatives to provide technical support to ranchers and deforestation control at the municipal level, as proposed by the project, it would be impossible to supply companies and supermarkets with responsible products on a scale that could make a difference. Meanwhile, for rural producers, the involvement of the entire production chain reinforces the idea that adhering to environmental practices has become not only a required environmental stance, but also a key prerequisite for gaining access to important markets.

“Sustainable products must also be accessible to our clients in terms of quantity, price and quality. Achieving these objectives requires a commitment by the entire chain. Only in this way will we be able to give consumers an opportunity to buy products of proven origin,” says Camila Valverde, sustainability director for Walmart Brazil.

The project should help the retailer to reach one of its global sustainability targets for 2015 of having all beef sourced from the Amazon Region coming from ranchers that comply fully with legal requirements and adopt responsible practices.

How the project works
The collaboration between TNC, Walmart Brazil and Marfrig Group will initially last three years. The actions planned are detailed below:

What: With the support of Walmart Brazil and Marfrig Group, TNC will encourage adherence and offer technical information and support to all rural producers in the municipalities of São Félix do Xingu and Tucumã that want to comply with environmental legislation (e.g., obtaining their Rural Environmental Registration and/or Rural Environmental License) and improve their pasture management practices to reduce impacts on the soil and increase productivity.

Why: This is the most efficient way to ensure compliance with the Forest Code, which creates environmental benefits on cattle ranches and ensures a broad network of beef suppliers that comply with all legislation.

How: a) Specially hired technicians will instruct rural producers on how to comply with the legal requirements for obtaining their rural environmental registration and license and how to adopt best practices for water and soil use.

b) The technicians will also be responsible for the information on advantageous rural credit lines for ranchers wanting to adopt more sustainable practices, thereby making the new model of responsible production more economically viable. The specialists will also provide information on alternatives for income generation obtained from standing forests, such as practices for enriching the forests with species with economic value.

c) The organizations will build forest restoration models. For this, the project’s technicians will provide guidance on recovering deforested areas in 20 pilot properties (10 in Tucumã and 10 in São Félix) in the first year of the project and, based on the results obtained and cost-benefit analyses, will offer producers throughout the region local and concrete examples of how to bring forests back to life on the degraded areas of their ranches.

d) TNC, Walmart Brazil and Marfrig Group will also organize pilot areas for initiatives to increase beef cattle productivity through better pasture management to ensure local producers can expand their production without deforesting new areas. These examples can then be replicated by ranchers throughout the region, making changes possible on a large scale.

e) Working together with local governments and ranchers’ associations, the organizations will also train employees at the environmental departments of the two municipalities to expand the local government’s capacity to serve rural producers interested in complying with environmental legislation.

What: TNC, Marfrig Group and Walmart Brazil will work to improve the system used to monitor production areas based on analysis of satellite imagery and to update the region’s geographic database.

Why: Satellite images can be used to monitor deforested areas and the ways in which private properties are being used. With this information, Marfrig Group will know which ranchers are working responsibly and maintain its commitment not to purchase cattle from properties that do not comply with environmental legislation.

How: The organizations have already worked for years using satellite monitoring, which has generated considerable learning on the subject. With the start of the project, they will combine their experiences and knowledge in evaluating images and monitoring production in order to produce even more accurate and up-to-date data on the region.

3) Beef tracking until the final consumer

What: TNC, Walmart Brazil and Marfrig Group will increase the accuracy of their tracking systems in the region, allowing companies to offer final consumers a greater transparency as to the origin of beef produced in the Amazon region.

Why: The path taking beef to the consumer’s plate is a long one. On the giant scale of the Brazilian market, it is only through the use of a system that integrates the various links of the production chain that it is possible to identify the origin of the meat and expand the possibilities for conscientious consumption.

How: Walmart Brazil and Marfrig Group already actively use beef tracking systems. TNC also has expertise in monitoring rural properties and the capacity to identify the productive potential of these ranches. The organizations will exchange information and cross reference data to further refine their capacity to track beef from one end of the chain to the other. Walmart Brazil and Marfrig Group will also provide their consumers with information on the origin of the beef produced in this region. This process will open up a new opportunity for responsible shopping by consumers, who will be able to strengthen the adoption of responsible cattle production in the Amazon Region.