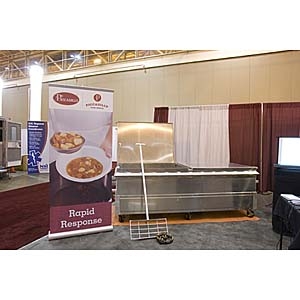 "With our new Piccadilly Emergency Kitchen, the emergency foodservice team will be able to respond to disasters in any area of the country with fresh, high-quality meals that are prepared and served by our dedicated team members," says Chris Sanchez, chief operating officer.

Piccadilly's emergency feedings began in the aftermath of 2005's Hurricanes Katrina and Rita. Piccadilly mobilized 10,000 meals in a 24-hour period, eventually serving more than 100,000 meals to the victims of both storms. Over the years, Piccadilly has provided more than 500,000 emergency relief meals. Piccadilly also partnered with The American Red Cross, various state and local governments, as well as utility companies to provide emergency meals in disaster situations.

Piccadilly Emergency Services can respond to any disaster in the United States and serve up to 100,000 meals in a single day. The Piccadilly Emergency Kitchen is mobile and enables food preparation, mobilization and the ability to serve thousands of meals quickly to victims of disaster.