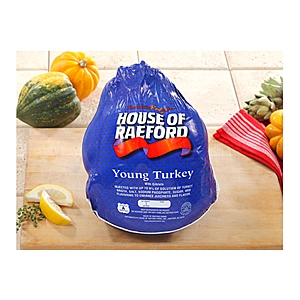 and also included the phasing out of turkey growing and hatchery operations in eastern N.C.

Although the plant has been involved with poultry processing operations since the 1950s, the facility became part of House of Raeford in 1975.

“Providing the marketplace with quality turkey products was a life-long passion of my father [founder Marvin Johnson],” says Bob Johnson, son of the founder and current CEO of the company. “Because our entire family has been involved in growing turkeys for so many years, leaving the commodity turkey business was one of the most difficult decisions we have ever made.”

House of Raeford also recognizes that about 950 associates, several employed for 20 years or more, will have to transition to other employment or perhaps retirement.

“This fact made our decision to close even harder,” Johnson adds. “We have been doing all we can to assist our employees as they move to the next phase.”

Some employees will be transferred to House of Raeford’s further processing or “cook” plant also located in Raeford and to other company facilities in N.C. and S.C. House of Raeford will continue to operate its Raeford, N.C., cook plant, currently employing approximately 400 associates, and expand its fully cooked turkey and chicken product lines over the next 2-3 years. The company will also focus more of its resources on increasing chicken production volumes, which at this time accounts for 90% of sales.