Farbest Foods, Huntingburg, Ind., will begin production on Dec. 9 (a month ahead of schedule) on a fully automated, 227,000-square-foot turkey processing plant in 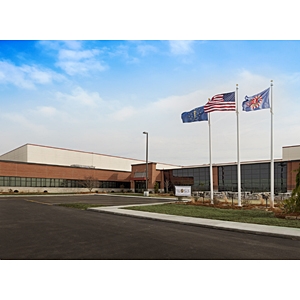 Vincennes, Ind. Once the first shift reaches full production this year, the plant will employ 300 people and will increase significantly if Farbest Foods expands to a second shift.

“We look forward to becoming a big part of an era of economic growth in Knox County and Southwestern Indiana,” says Ted Seger, president.

Farbest Foods oversees the growth of its own turkeys—currently more than 10 million per year—and its first feed mill in Dubois County produces 1,800 tons of turkey feed each day using locally-grown corn, soy beans and other agricultural products. Once the Vincennes plant reaches full first-shift production, the two plants combined will process some 12.7 million live turkeys each year. That number is expected to rise consistently through 2016.

Farbest Foods chose the Vincennes site based on the availability of locally-grown grains, the potential for contracting new turkey-growing farms in the tri-state area and the support it received from officials of Vincennes, Knox County and Indiana’s Economic Development Corporation and Department of Agriculture.