How to Reduce and Conserve Energy in Refrigerated Spaces

Refrigerated spaces used in the food and beverage industry have several systems that should be considered for energy efficiency and conservation. Note that the 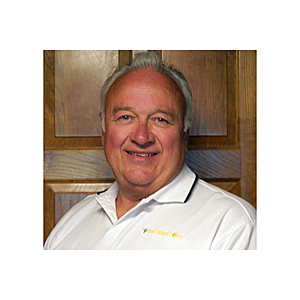 most financially economical models of energy projects include combining efficiency and conservation (controls). The key to compounded savings is that they drive custom utility incentives in many cases. The net result is typically a 25-50% incentive, which can make an energy project payback an incredible investment.

Although the largest portion of the energy consumed is for the refrigeration equipment, here are Top 3 areas that should be considered to have the greatest impact on the reduction of energy consumption and what to do to reduce.

1. Evaporators fan replacement and controls. Two-speed and variable-speed EC motor replacement with ECM controls. Pre- and post-measurement and verification has proven actual average savings of 70% of the operating cost of the evaporator fan motors in refrigerated spaces. The replacement of standard single-phase shaded-pole, permanent split capacitor or small 3-phase motors with electronically commutated motors results in a significant savings. Controls read the flow of refrigerants, places the fan motors on low speed while the compressor is not in use and slowly ramps them up to high speed during compressor duty cycle (a duty cycle is typically 40% of a 24-hour day). Using multiple speed motors and ECM controls combines efficiency and conservation for remarkable compounded savings.

2. Lighting changes from HID and fluorescent. LED lighting uses less than 75% of the energy of HID lighting and can be used in conjunction with motion sensors to reduce lighting energy costs over 90%. Since T-12 fluorescent technology has been mostly legislated out of production, the most economical switch can be to retrofit with T8 technology and electronic ballasts or replace with LED. A replacement from metal halide or high-pressure sodium (HID) to LED Luminaires in a refrigerated space offers not only a significant watt-for-watt reduction, but also emits up to 70% less heat than an HID, which means compressor run times are significantly reduced.

After the first three areas have been considered, the following list offers smaller reductions specifically for the refrigeration system to achieve ultimate energy efficiency.

• Regular condenser and non?condensable check. Create a written process for checking condenser energy performance on a bi-annual basis to bring the units back to spec and avoid faults like auto-purger drift. Average annual savings could be in the 5% range.

• Regular compressor check. Create a written process for checking compressor energy performance on a bi-annual basis to bring the units back to spec and avoid faults like set point drift, slide valve calibration, oil cooler settings and economizer operation. Annual average savings could be in the 5% range.

• Test for water in ammonia charge. Create a written process for annually checking ammonia water levels, which needs to be extracted to improve performance. For example, a 10% water level could cause a 7% inefficiency in the system.

• Switch to non?clogging condenser nozzles. Test condensers for water flow ability of current nozzles and replace if they are clogged. A 30% clog results in fans working 15% harder. Replacements in this scenario could result in a 10% savings.

• Switch to notched condenser fan belts. Replace regular belts with V-notch style, which create less friction and have an average annual savings of 2%.

How to integrate renewable energy into your business