When a natural disaster strikes, how can your company protect the food, the infrastructure and most importantly, the employees? Hear the tales of two companies who weathered Superstorm Sandy and find out what steps they took to keep food safe and what they would do differently in the future.

No such thing as over-preparedness
No two disasters are ever the same, according to Jerry von Dohlen, president of Port Newark Refrigerated Warehouse. 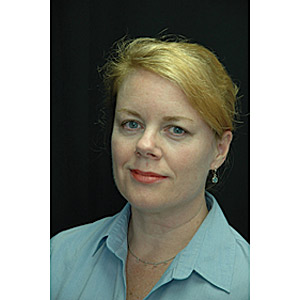 “We might be dealing with hurricanes or snow or heat waves, and that might mean river or tidal flooding, brown outs or days without electricity,” he adds. “Each disaster and its outcome effects what you can and can’t do to recover operations and keep your product cold.”

When Hurricane Sandy hit the mid-Atlantic seaboard in October 2012, the tide was high.

“The water surged in from the bay, and when it finished rising, it was half an inch below our 51-inch-high dock,” recalls von Dohlen.

While his portside warehouse did not flood, it did lose power for days. In fact, the Newark, N.J., company located two 200kw emergency generators, but FEMA confiscated all available diesel fuel and large generators. So, von Dohlen sent every available truck out of state to fill their tanks. On their return, the trucks were pumped dry to feed the emergency generators the crews ran in parallel to reach the portion of the needed 750kw. That effort consumed 20 gallons of fuel an hour for each generator.

When the electricity came back on, unfortunately the problems did not end there. That’s because salt water penetrated the conduit and electrical cable that ran from the outside transformer to the warehouse, and shortly after the power returned, the transformer blew and they lost all power again.

One of the takeaways from Sandy, says von Dohlen, is to have strong contacts—mayors, governors, councilmen, electrical suppliers and other local resources.

“In a huge storm that elicits a national response, you’ll find you have no clout, there’s no one to call at FEMA, they don’t know your business and they don’t know the area,” he says.

von Dohlen also advises companies have senior management on site 24/7 that are capable of being aggressive, tenacious and persuasive and can make the calls to local and regional resources.

In the two years since Sandy, von Dohlen hardened his facilities by adding insulation and moving outside transformers five feet off the ground.

“Don’t forget the little details too, because what you don’t have on hand ahead of time, you’re not going to have. And, that includes scrap salvage pumps, rubber boots, squeegees and good cell phones with extra batteries,” he says.

Relaxing restrictions to protect employees
When it became increasingly clear that New Jersey would be hit hard by Hurricane Sandy, Bruce Jayne, president of Hall’s Warehouse Corp., made an “agile” management call and closed the doors, advising employees to stay at home.

The facilities weathered the storm with only security teams in place and a skeleton staff if there was power. The South Plainfield, N.J.-based company also provided a safe haven for over-the-road truckers still on the road.

In advance of the storm, Jayne made calls to the company’s seven PRWs, outlining specific responsibilities to ensure staff was on the same page, including management, which was the company’s backup communication plan for employees and customers.

Another component of Hall’s pre-storm prep was to ensure adequate fuel supplies, full on-site filling tanks and plenty of backup fuel for generators and truck fleets.

“We had a great emergency preparedness plan—until Sandy hit,” admits Jayne. “We lost all communication, local roads were impassable and much of the region was in a state of chaos.”

But, the most unexpected and difficult setback came when the local government commandeered the company’s backup fuel supply. There were no fuel supplies to be had anywhere in the state.

“After the storm passed, we had a yard full of produce and perishable product, and our No. 1 priority was protecting that product,” Jayne adds. “So, we had no option but to make the decision to work only one shift and close down that evening to conserve power and usage of our generators. We’ve only been closed once since the company began in 1965, but Sandy closed us down for two days.”

One of the biggest lessons of the storm, according to Jayne, is the importance of relaxing trucking restrictions in advance of a storm.

“Some states have a ‘waiver package’ signed by their governors 72 hours in advance of a storm, which allows fuel deliveries from out of state and the lifting of other trucking restrictions,” he says. “Even when you’re frustrated and isolated with no form of communication, you have to be smart and prepare for the worst.”

Survey: 46% of respondents do not understand the potential impact natural disasters have on supply chains