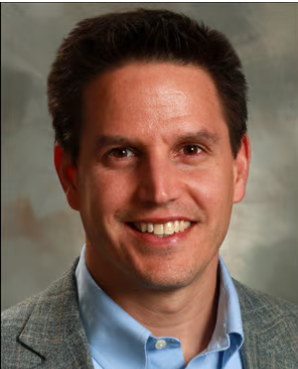 Nearly 14% of all food produced worldwide is lost between harvest and retail, according to the Food & Agriculture Organization of the United Nations, accounting for 38% total energy usage in the global food system. The methods used to maintain temperature control along the cold chain are getting greener, in an effort to both combat climate change and increase food safety and freshness.

At Honeywell, Dormo is focused on delivering ready-now solutions that are better for the environment across multiple markets including refrigerants, insulation foam and industrial products. Prior to this role, he served as the vice president and general manager for Honeywell Electronics and Chemicals, which provides critical solutions for the semiconductor and life sciences industries.

1. What are some of the latest innovations in low-GWP refrigerants and how can they benefit sustainability goals?

Members of the food supply chain are working toward their sustainability goals by replacing high-global-warming-potential (GWP) hydrofluorocarbons (HFCs) with ready-now, low-GWP hydrofluoroolefin (HFO) Solstice technology. These HFO refrigerants and blowing agents increase energy-efficiency and reduce carbon emissions by utilizing a unique chemical bond that dissipates within days—as opposed to HFCs that remain in the atmosphere and trap heat.

Food retailers around the world have adopted HFO refrigerants in their systems to meet their own sustainability targets. For instance, Walmart earlier this year announced that it will use Honeywell’s reduced-GWP Solstice N40 refrigerant in 160 stores throughout Mexico and Central America. And French retailer E. Leclerc, in Moissac, France, announced that it will be using Solstice L40X refrigerant for cold room storage. Solstice L40X provides high energy efficiency and performance and its lower-GWP of 146 allows retailers to remain compliant with EU F-Gas Regulations.

Additionally, the industry is turning to low-GWP options to help comply with current and proposed regulations, including the American Innovation and Manufacturing (AIM) Act, along with the Kigali Amendment, which the United States Senate recently voted to ratify. Replacing conventional high-GWP refrigerants like HFCs with HFOs can help create a more energy-efficient, environmentally-friendly cold chain to ensure a safe supply of fresh and frozen foods to consumers worldwide. HFO refrigerants are being implemented across the cold chain to provide producers, retailers, and consumers with the same level of performance as HFCs, while combating climate change, and meeting increasingly stringent regulations.

2. How can low-GWP technologies be incorporated at different points along the cold chain?

Low-GWP refrigerants can be used at various stages across the cold chain to reduce emissions, starting with production. Farmers in areas with regional challenges, such as water scarcity, are looking for ready-now solutions to power controlled-environment hybrid systems for growing fresh produce. For example, Pure Harvest Smart Farms, a technology-enabled agribusiness focused on year-round, sustainable production of premium quality fresh fruits and vegetables, is using Solstice zd to control the environment and reduce carbon emissions in its greenhouses in the United Arab Emirates and Saudi Arabia. Solstice zd has an ultra-low GWP of one and helps support farming in the region, which typically has high energy demands as a result of the area’s hot climate. 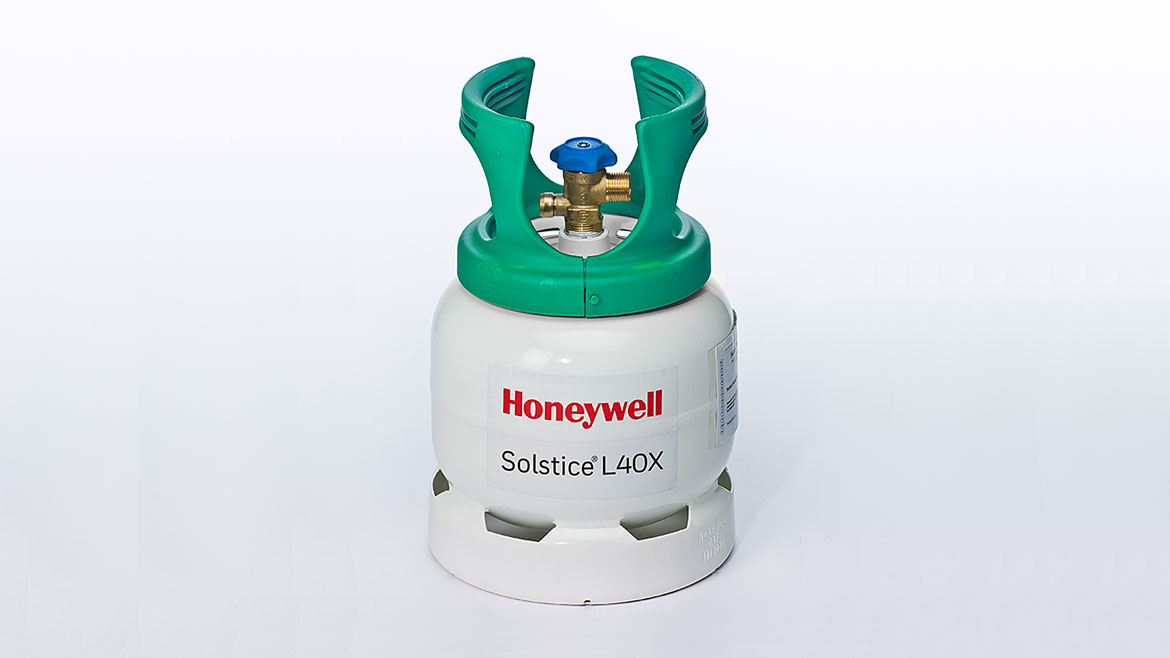 At the next step, refrigerated containers or trucks can be insulated with panels and board-stocks to keep their cargo fresh or frozen using ultra-low-GWP Honeywell Solstice Liquid Blowing Agent (LBA). With high thermal performance and a GWP of 1, Solstice LBA allows manufacturers to cool refrigerated trucks to the appropriate temperature and safely deliver produce.

Supermarkets are also looking for ways to improve sustainability and can do so by replacing harmful legacy refrigerants like R-404A and R-22 with reduced-GWP alternatives in commercial refrigeration systems. Solstice N40 has a GWP that is 68% lower than R-404A, and recently, global natural and organic foods retailer Whole Foods adopted its use in stores across the United States.

3. How does technology and efficient refrigeration help prevent food waste?

According to the United Nations, about 14% of food produced is lost between harvest and retail, and 17% of total food production is wasted. Refrigeration is essential for preserving foods that make their way through the cold chain to get to consumers. Bacteria exist everywhere, but when they are placed in humid conditions at favorable temperatures, they grow rapidly, which can cause illness for humans if consumed. According to the United States Department of Agriculture (USDA), bacteria grow most rapidly in the range of temperatures between 40 and 140 degrees Fahrenheit, which makes uninterrupted refrigeration set below 40 degrees critical in protecting foods. By keeping food fresh and protected through refrigeration technologies, we can lower the amount of food spoiled and reduce food waste.

Reducing the environmental impact of the cold chain is also top of mind for the industry. One major way to do this is by replacing high-GWP refrigerants with reduced-impact solutions. We can tackle food waste and climate change by incorporating modern refrigeration technology into production, transportation and storage for a more sustainable and reliable cold chain.

4. What else about refrigerant technology would you like R&FF readers to know?

Refrigerant technology is playing a critical role in helping to tackle climate change and food waste, and Honeywell has invested more than $1 billion in research, development and new capacity for our Solstice technology, having anticipated the need for lower-GWP solutions to combat climate change more than a decade ago. We have teams of scientists, chemists and engineers exploring this challenge and other ways to protect the planet and meet society’s needs with ready-now technologies. 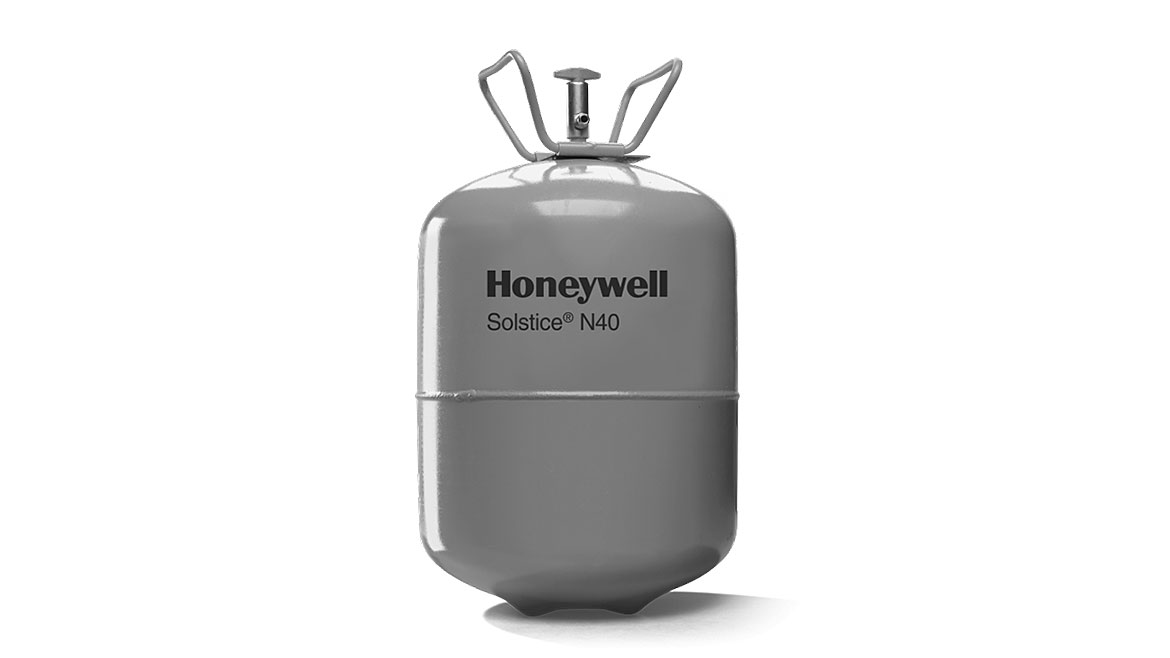 To date, the worldwide adoption of Solstice products has helped avoid the release of more than 295 million metric tons of carbon dioxide into the atmosphere so far, equal to the carbon emissions from nearly 688 million barrels of oil. As sustainability becomes a key focus for companies across industries worldwide, Honeywell is dedicated to supplying long-term solutions needed to support our customers’ environmental transformations.