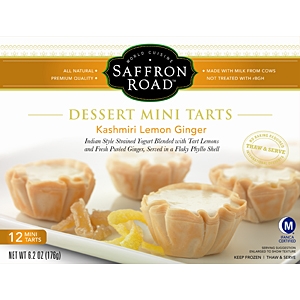 Available at Whole Foods Market nationwide, these bite-size delicacies are inspired by the flavors of India, South America and France. They require no baking and practically no preparation—simply take the tarts out of the freezer to defrost and then serve.

They can be found in the frozen food aisles for a suggested retail price of $8.99.