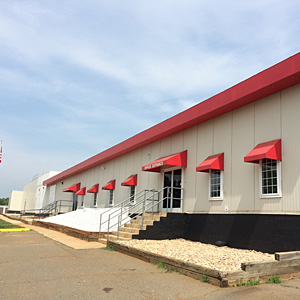 In a related move, the company also acquired the Speedy Bird trademark with the intention of launching many of these items under this brand. This action supports the company’s strategy announced last year to expand its cooked chicken product lines in conjunction with an increase in chicken production volumes, according to Bob Johnson, president and CEO.

“Combined with production capabilities at our cook plants in Raeford, N.C., and Hemingway, S.C., we are now in a position to offer our retail, foodservice and co-pack customers an even wider variety of further processed chicken and turkey products at competitive prices and increased supply,” adds Johnson.

The Mocksville plant began operations in April and plans to employ more than 200 associates during the next several years. The facility, which has been idle for the past two years, has undergone refurbishing of the building, equipment and grounds, including a revamping of the wastewater and refrigeration systems to provide an environmentally sound and safe operation, says Chris Murray, environmental manager.

“Just as our company does in all of our locations, we look forward to becoming an integral part of the Mocksville and Davie County community, both as an employer as well as a good corporate citizen,” says Johnson.