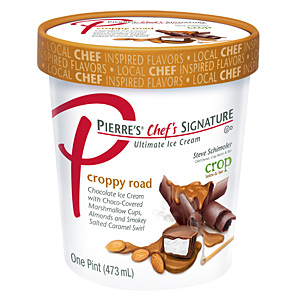 “We are teaming up with the area’s most prominent chefs to display their exceptional culinary talents and expertise,” says Shelley Roth, Pierre’s president and CEO. “Steve’s amazing flavors kick off the collection of creamy and delicious creations, made from the finest and freshest ingredients, and we have even more celebrity-chef flavors planned for early 2015.”