Life’s Kitchen, a provider of comprehensive foodservice and life skills training, placement and continuing education based in Boise, Idaho, announced plans to build 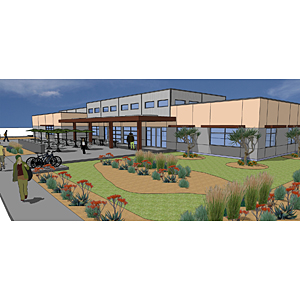 a 35,000-square-foot site in Garden City on the southwest corner of E 34th and Clay Streets. This new site is just down the street from the Waterfront District, a few blocks from Payette Brewing, Dawson Taylor and the Visual Arts Collective, and is in what Garden City has designated a “Live, Work, Create District.”

This facility will include a commercial teaching and production kitchen, classrooms, administrative offices and a café.

Some of the more specific benefits of the new facility include increasing the 16-week training cohort from 15 to 25 participants, increasing meals produced from 105,000 to more than 300,000 annually, delivering job training to young adults ages 21-26 during evening hours, offering resources to start-up food businesses with storage and production space and a test café, providing healthy cooking classes to younger kids from schools and community programs and participating in the revitalization of a lower-income neighborhood and offering services to those who live and work around the area.