Combine worldwide food brands, a booming nearby port and a growing workforce and you’ve got the recipe for Atlanta’s cold storage scene.

The ATL metro area is home to more than 5 million people, with each of the area’s 11-counties gaining population in the past year, according to the Atlanta Regional Commission (ARC). Factoring in the 29-county Metropolitan Statistical Area (MSA), the population climbs to 6.1 million, according to the U.S. Census Bureau.

“Ports, production and population have helped fuel the growth of cold storage in the Atlanta market, which actually benefits from all three,” said Ryan Laurent, vice president of regional sales at Lineage Logistics. “Atlanta is a major transportation and distribution hub with access to major highway infrastructure and the ability to reach 80% of the continental U.S. population via truck within two days. The greater metropolitan area offers great access to interstate for efficient reach to many states despite DOT hours of service guidelines.”

The company operates facilities in Lithia Springs, College Park and a regional distribution center in McDonough. The McDonough site has room to expand in the future.

The region also benefits from its proximity to the Port of Savannah. The port moved a record 5.6 million twenty-foot equivalent container units (TEUs) in 2021, a 20% increase in volume over 2020.

“Atlanta is 250 miles from the Port of Savannah, the fourth busiest – and fastest growing – port in the U.S. This coupled with the entire state being an overweight (permit) corridor provides a unique distribution opportunity when compared to other states with ports,” Laurent said. “While congestion remains an issue with ports in on the West Coast, the Port of Savannah is aggressively addressing today’s issues with expansions and a goal of handling 9.5 million containers annually by 2025.”

Lineage opened a new facility earlier this year outside of Savannah to provide additional capacity and value-added services like boxing, repack, fumigation and cold treatment. 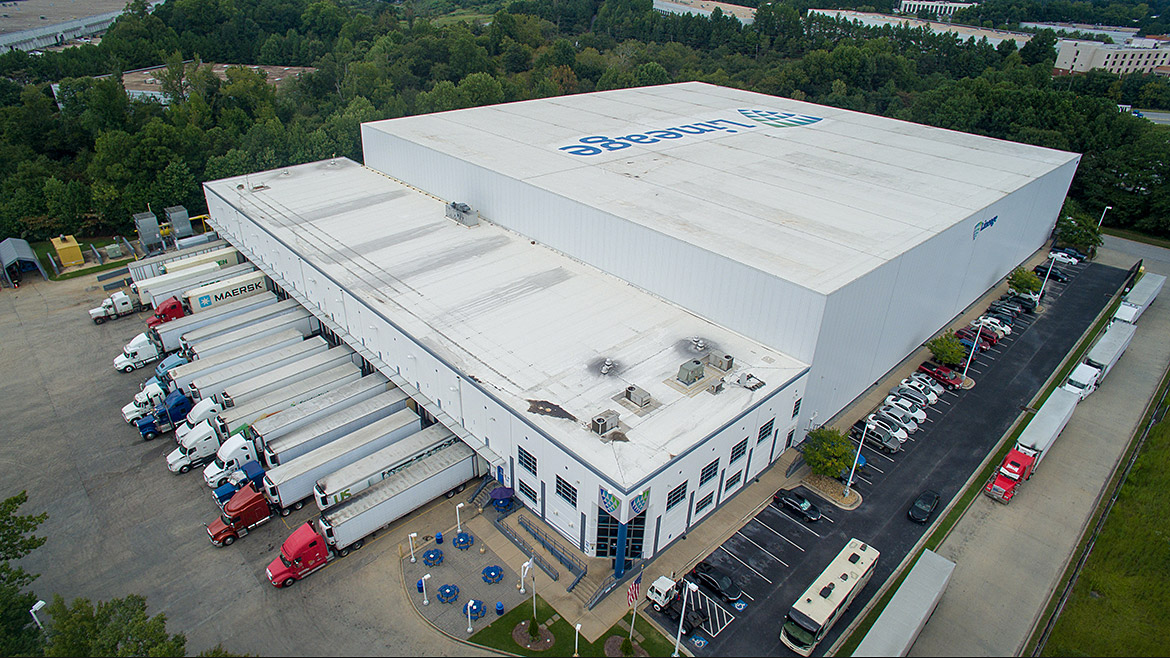 Atlanta-based Americold Realty Trust also previously announced a new development at the Port of Savannah that was projected to help grow its total capacity in the state.

In 2019, Americold announced plans to invest approximately upward of $130 million to expand and redevelop its existing Atlanta major market campus, consisting of its Tradewater, Gateway, Westgate, Southgate and Skygate facilities.

The ARC projects population of metro Atlanta is expected to grow by around 50% over the next three decades, according to the and boasts the second highest rate of job growth in the nation among large metropolitan areas, per the latest U.S. Census Bureau statistics.

“With the forecasted growth of the Atlanta MSA in the next 25 years, demand for cold storage space will follow suit,” Laurent said. “As of the second quarter there was 3.3 million square feet of speculative cold storage space under construction, with several new builds in metro Atlanta.”