Key Technology, a member of the Duravant family, introduced VERYX digital sorters, equipped with the company’s patented Sort-to-Grade (STG) software for wet and frozen potato strips. STG recognizes and categorizes every surface defect and its dimensional characteristics to make each accept/reject decision based on how it will impact the aggregate “in the bag” grade as defined by the processor. STG profiles the length of each potato strip as well as any surface defects that may appear on the potato strip. VERYX with STG can be programmed to reject strips that are too short or too long for the grade while managing the distribution of strip lengths within multiple user-defined categories (length bins) between those two absolutes. 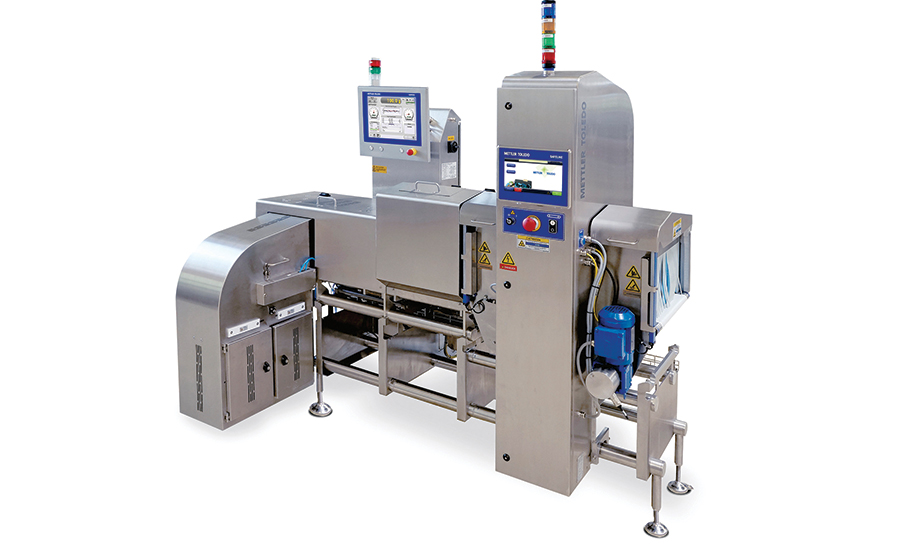 The new METTLER TOLEDO CX35 Combichecker integrates the C35 checkweigher with the X33 X-ray inspection system to detect and reject contaminants such as glass, plastic and bone that are “invisible” to metal detectors.

The new METTLER TOLEDO CX35 Combichecker integrates the C35 checkweigher with the X33 x-ray inspection system to detect and reject contaminants that are “invisible” to metal detectors. The C35 AdvancedLine Checkweighing System delivers throughput of up to 600 packages per minute, a weighing range of 3 grams to 10 kg and can be used in a wide range of production situations that require 100% reliable weight control. Plus, the C35 segregates non-conforming packages and collects production data using one of two optional weight data interfaces. The X33 detects foreign contaminants such as glass, metal, stone, bone, high-density plastics and rubber compounds, even when products are wrapped in aluminum foil or metalized film.

Click here for more information on these and other x-ray, metal detection and vision inspection systems.