State of the Industry Report 2019: Agriculture

Sustainability, hydroponics, food waste reduction and energy efficiency still reign supreme in the world of cold food and beverage processing. And, it’s not just the farmers and ranchers digging in the dirt to improve the future of the environment.

From sustainable greenhouse farms and recycling pilot programs to power purchase agreements and reusable packaging, it takes a village, and this village of farmers, processors, technology manufacturers and supply chain providers are transforming the future of farming.

The aquaponics market is anticipated to increase at a rigorous 7.4% CAGR by produce type during the 2018-2028 period, according to analysis by Persistence Market Research, New York.

Meanwhile, the vertical farming market is expected to reach $13 billion by 2024, according to a new research report by Global Market Insights, Inc., Selbyville, Del.

That’s why many of today’s processors are in position to help transform the future of farming.

Living Greens Farm, Faribault, Minn., opened a third grow room to its now 60,000-square-foot farming operation, what is said to be the largest vertical plane aeroponic farm in the world.

Silo, a San Francisco-based technology-driven marketplace, announced a seed round of $3 million in capital to replace traditional systems with efficient, real-time technology to reduce waste, such as loss of products and product rejections and manual processes around data entry, sales and logistics, resulting in a more sustainable and profitable supply chain.

For more on these and other hydroponic farming solutions, check out the “Plants of the Future” cover story in Refrigerated & Frozen Foods’ May 2019 issue.

Even foodservice outlets are weighing in on the sustainability movement.

For instance, Chipotle Mexican Grill, Newport Beach, Calif., announced a goal of diverting 50% of its restaurant waste from landfills by 2020, and starting a pilot program that turns plastic gloves into trash bags. 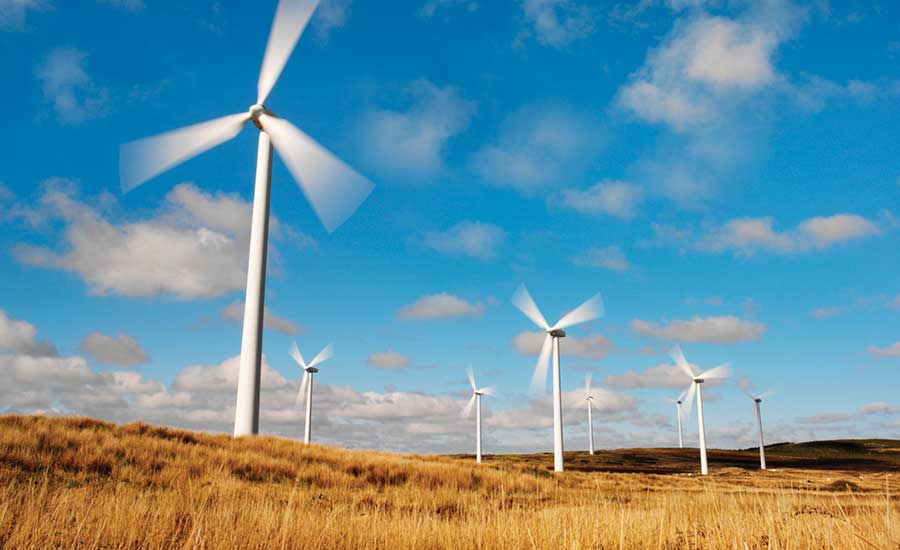 Going green one energy efficient initiative at a time

Thirty-one companies revealed how much plastic packaging they create as part of a drive for transparency by the Ellen MacArthur Foundation, UK. And, all 107 CPG, retail and packaging producing signatories are committed to making 100% of their plastic packaging reusable, recyclable or compostable by 2025. The New Plastics Economy Global Commitment unites businesses, governments and other organizations behind a common vision and targets to address plastic waste and pollution at its source.

General Mills, Minneapolis, signed a virtual 15-year power purchase agreement with Roaring Fork Wind, LLC for 200 megawatts of its Maverick Creek wind project located in central Texas. This wind project will produce renewable energy credits for General Mills that, together with the company’s previous wind power agreement, are calculated to equal 100% of the electricity used annually at the company’s owned domestic facilities.

General Mills also invested more than $4 million in soil health initiatives on U.S. agricultural lands, made a commitment to sustainably source 100% of the company’s 10 priority ingredients and decreased its greenhouse gas emissions (GHG) footprint by 13% compared to 2010 results.

Through a combination of solar, wind, fuel cells and cogeneration, Taylor Farms, Salinas, Calif., reduced 12,190 metric tons of CO2 emissions over the course of the year, a 94% increase from 2017, which is equivalent to the GHG emissions from 2,588 vehicles driven for one year.

Bonduelle Fresh Americas, an Irwindale, Calif.-based subsidiary of Bonduelle, France, initiated a plan with its growers to ensure the safety of its leafy greens supply through the 2019 California growing season, effective May 1.

For its part, The Star Group of Cos., Canada, is reducing plastic throughout the supply chain by lessening the gage of plastic in packaging, resulting in up to 11% reduction per punnet, composting all organic waste and implementing a top-seal on multiple products, resulting in 30% reduction in plastic per container, among other efforts.

And, Nestlé S.A., Switzerland, announced that 77% of its agricultural commodities are verified as deforestation-free thanks to a combination of tools, including certification, supply chain mapping, on-the-ground verification and satellite imagery.

On the supermarket side, ALDI U.S., Batavia, Ill., announced a commitment to making 100% of its packaging reusable, recyclable or compostable by 2025.

Target Corp., Minneapolis, announced goals to reduce its carbon footprint company-wide, including reducing 96% of GHG emissions by unifying its suppliers, the raw materials used to create products and the manufacturing and transporting processes.

Trader Joe’s, Monrovia, Calif., announced plans to revamp its packaging to become more sustainable, by sourcing renewable and recycled packaging materials, choosing packaging that can be realistically recycled and avoiding the use of harmful substances in packaging, among other efforts.

How food loss doesn’t get wasted

About one-third of all food produced – approximately 1.3 billion metric tons — gets lost or wasted, while 795 million people go hungry, according to the Food and Agriculture Organization of the United Nations, Italy.

And, products from the food waste market will observe a CAGR of 5% by 2029, according to research presented by Future Market Insights, Valley Cottage, N.Y. This means that cosmetic flaws and other unattainable features are now considered key growth opportunities in the produce sector.

Likewise, the influx of robotics, smart sensors and other advanced technologies are helping farmers plan, predict and produce more product that doesn’t go to waste.

Robotics, for instance, provides more visibility into one’s value chain. There is also new demand for robotics as a service, including self-driving tractors, robotic gripping systems and autonomous pickers. And, by 2024, agricultural robots (agbots) are forecast to navigate the farm to an estimated $5.7 billion industry, five times the market size in 2016, according to Planet.com.

Even blockchain is making an appearance in the agriculture industry, providing traceability, food safety and logistics measurements to help companies protect their farm-to-fork cold chain.