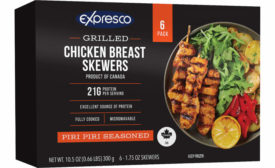 Expresco Foods, a leading producer of protein meal and snack solutions, is eager to announce the launch of its new frozen skewer line. The new protein line will marry consumer demand for quality protein and whole breast muscle chicken in a simple, ready to heat and serve format. The frozen line offers 21g of protein per 6-pack and is available in on-trend flavors Lemongrass Thai, Rotisserie Inspired, and Piri Piri. The new products will be on shelves in major US grocery retailers for an SRP of $6.99 to $7.99 per 6-pack of skewers. 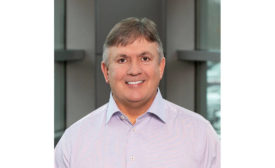 Chad Martin also promoted to COO for poultry at Tyson.
No Comments

Donnie King has been named president of Tyson Foods’ poultry business. King has over 35 years of experience working in the poultry business, both domestically and globally. He will once again lead the company’s chicken unit, guiding and mentoring members of its leadership team, including Chad Martin, who will take on the new role of chief operating officer of poultry. 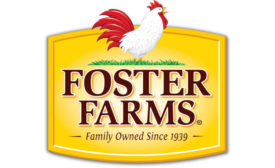 Foster Farms is donating 400,000 servings of poultry to community hunger relief organizations throughout California to help families impacted economically by COVID-19. Recently, the family-owned company announced a donation of two million servings of protein to food banks and community organizations on the West Coast, and in Louisiana and Alabama. 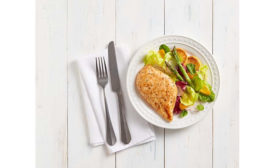 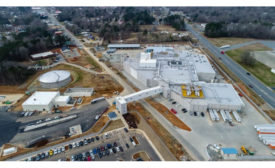 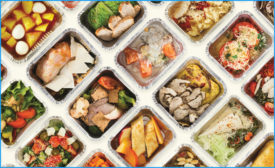 From an uptick in sales to mergers and acquisitions to sustainable food initiatives, the frozen foods industry is back, and better than ever.
Marina Mayer
One Comment

Refrigerated & Frozen Foods ranks the Top 25 frozen food processors in each of the six major product categories. Discover how mergers and acquisitions are impacting the frozen foods market.

Demand for frozen meat and poultry is projected to remain the largest segment through 2022.
No Comments
U.S. demand for frozen foods is forecast to total $90.8 billion in 2022, according to “Frozen Foods: United States,” a report released by Freedonia Focus Reports, Cleveland, Ohio.
Read More 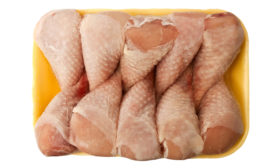 The decision to close the facility will allow Pilgrim's to shift production and equipment to more efficient operations to enhance synergies and better serve the company's key customers.
No Comments
Pilgrim's Pride Corp., Greeley, Colo., announced that it will close its Luverne, Minn., poultry processing facility.
Read More
Previous 1 2 3 Next
Subscribe For Free!
More Videos